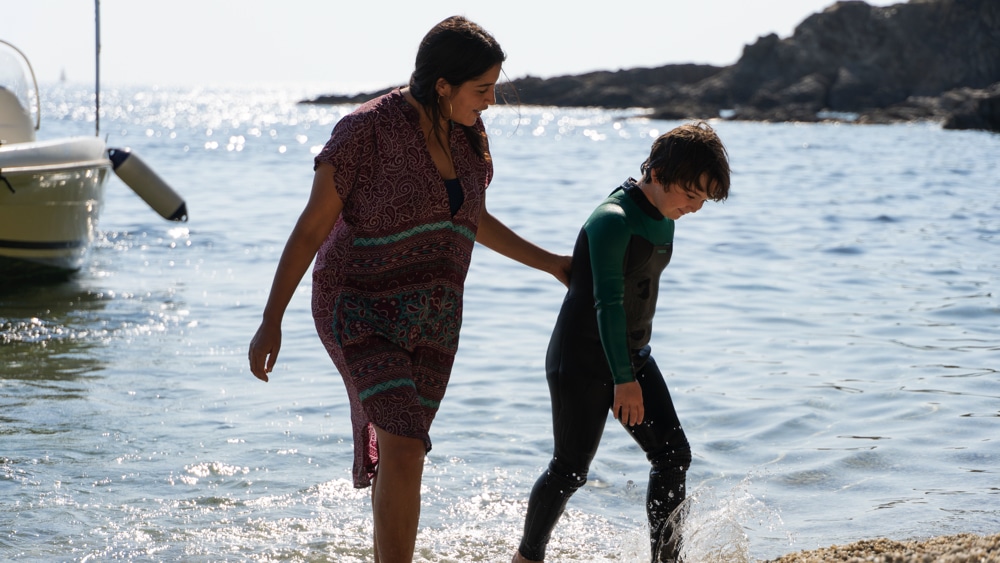 If Damien Bonnard wasn’t a manic depressive in his latest film you’d punch him in the face. He plays the lead like a spoilt manchild. but that’s the sad side affect of his mental disturbance in this summery drama from Belgian’s Joachim Lafosse.

Success as abstract artist has provided Damien with one of those gorgeous 19th century Cote d’Azur villas where he lives with his likeable wife Leila (Leila Bekhti) and young son Amine (Merz Chammah). But their seaside idyll becomes increasingly fraught when his illness gets out of control, powering him forward in a sleepless manic mission to achieve everything while Leila and Amin are left exhausted by his insatiable often violent moods that eventually requirement hospitalisation. .

With its elliptical narrative, this three-hander is a brave attempt to tackle mental illness but The Restless is predictably an irritating film to watch until almost the end. Enthusiastically crafted and acted it will transport you to lush Mediterranean locations, but relaxing or particularly enjoyable it ain’t. MT