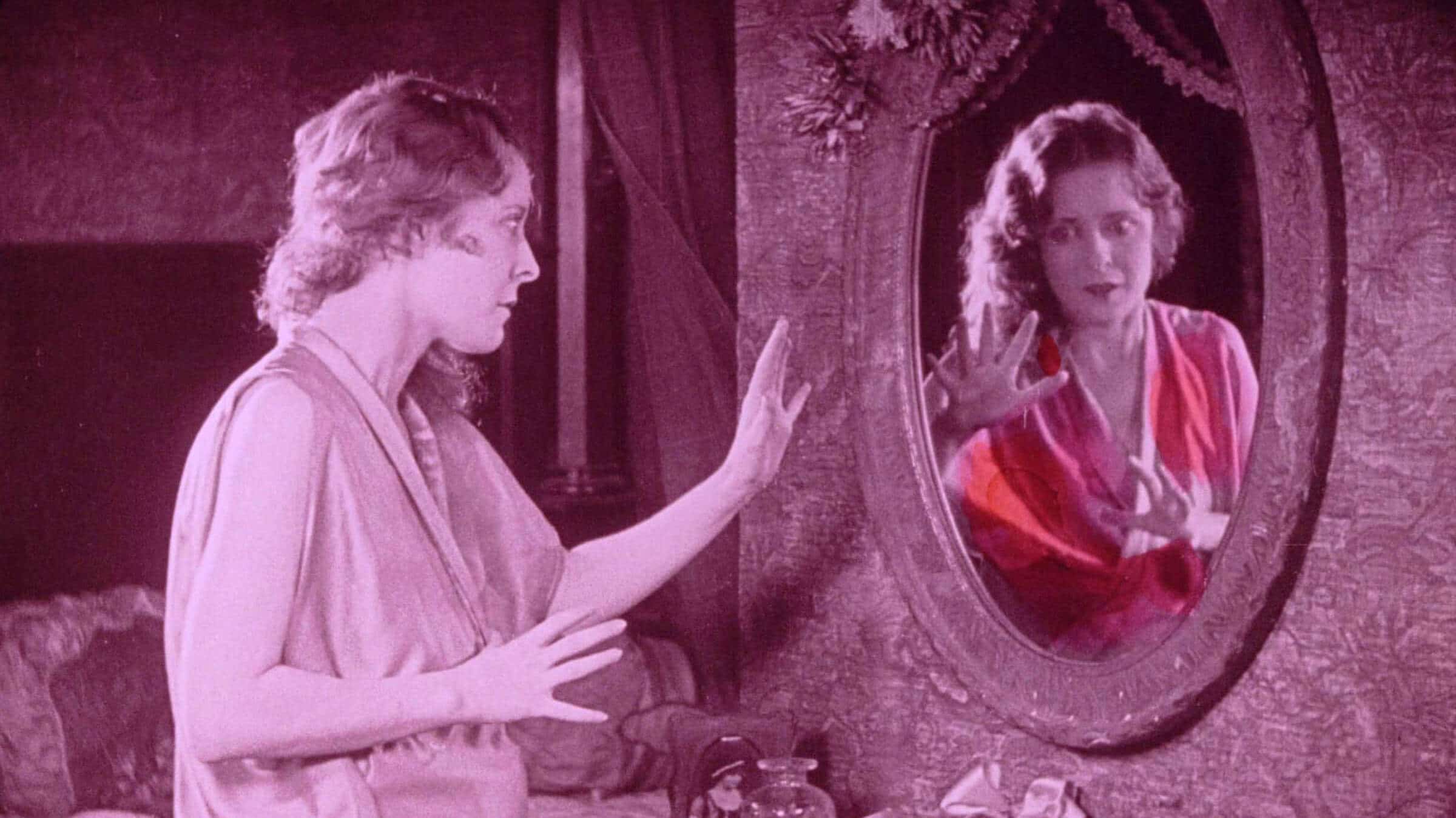 One of the most sought after missing Hollywood silents is Human Wreckage (1923), a drama about drug addiction that was the first of three crusading independent productions produced by and featuring the actress Dorothy Davenport under the name “Mrs Wallace Reid”.

Number Three was The Crimson Kimona which manages to pack an incredible amount of plot into under eighty minutes while addressing the thorny subjects of prostitution and the rehabilitation of offenders; and, like Human Wreckage, was banned by the British Board of Censors. Unlike the former this happily still survives.

The surprises start early with the name of Walter Lang – whose debut feature this was – prominently displayed as director. For 25 years from the mid-thirties until the early sixties, Lang was a competent ‘A’ feature workhorse for Fox whose name adorns such bland big budget fodder as The King and I without his name ever on its own account ever exciting much interest among scholars. Lang gets solo credit on The Red Kimona (Mrs Wallace Reid getting a separate supervisory one), and does a remarkably good job, aided by excellent photography by James Diamond and uniformly good performances, not all of them credited. (Tyrone Powers Sr, for example, plays Gabrielle’s brutish father, but the pinched-faced actress playing her mother is uncredited). In order to sugar the pill of the earnest Sunday school nature of the subject (complete with biblical quotations), The Red Kimona is replete throughout with blandishments that keep the audience attentive, ranging from coloured inserts of the eponymous Red Kimona (presumably designed to symbolise the heroine’s fall from polite society) to an invigorating car chase through Santa Fe.

Making much of being based on a genuine criminal case in New Orleans in 1917, and scripted by Adela Rogers St. Johns and Dorothy Arzner, the film begins and ends with Mrs Wallace Reid speaking directly to camera, her words conveyed by subtitles; a device routinely used in sound films and on television, but which I’ve never before encountered in a silent film.

Gabrielle’s suitor Howard Blaine (played by Carl Miller) is so repulsive – significantly a bruise can be seen on her upper arm in one scene, and the only kindness she receives later is from the prison matron – one suspects a diatribe against men is in the offing; but socialite Mrs. Fontaine, her Mrs Danvers like housekeeper (played with crow-like malice by Emily Fitzroy) and her coven of clucking lady friends get equally short shrift (another eye-catching performance by an uncredited performer is by the actress who plays Mrs. Fontaine’s cynical maid). Gabrielle meanwhile finds her knight in shining armour in a chauffeur’s uniform in the form of Mrs. Fontaine’s chauffeur Freddy, engagingly played by Theodore Von Eltz.

As Gabrielle herself, Priscilla Bonner’s performance grows on you as the film progresses (which is not in straight chronological sequence) and her character evolves as she rolls her big round eyes lovingly filmed in close up. (Like historical detective fiction author Anne Perry when the release of Heavenly Creatures [1994] outed her forty years after the event as the fifties teenage killer Juliet Hulme, the real life Gabrielle Darley was less than thrilled at having the spotlight again turned on her without her permission using her real name; and in 1931 she successfully sued Mrs Wallace Reid for substantial damages.) @Richard Chatten