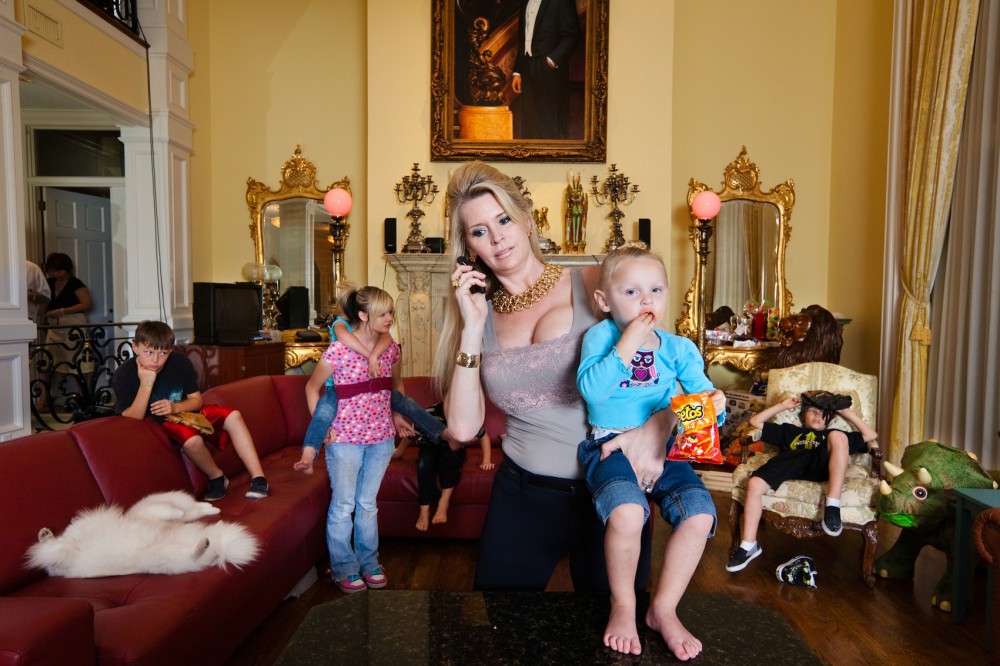 The Queen of Versailles (2012) Prime Video

Dir: Lauren Greenfield | US Doc 103′ | With Jacqueline and Davie Siegel

An instructive companion to The Grapes of Wrath and the South Park episode ‘Asspen’, in which the hunter becomes the hunted as – after becoming a billionaire pressuring ‘moochers’ into living beyond their means by investing in his timeshire holiday homes – ‘timeshare king’ David Siegel gets a taste of his own medicine following the financial crash of September 2008.

David’s amiable trophy wife Jackie compares the bank to vultures circling her husband’s business waiting for it to die the better for them to devour its corpse. The modest little home of Jackie’s old school friend faces foreclosure even after Jackie gives her $5,000 to cover a debt that had started out at just $1,700; while David’s bank is putting the screws on him to surrender his own assets to them at knockdown prices.

Jackie initially seems remarkably unspoiled by her immense wealth, and remains seemingly stoical as her husband’s fortunes unravel and she is reduced to travelling by commercial airliner and shopping at Wall-Mart. But the visible deflation of David is painful to watch as for the first time he has to worry about meeting his electricity bill. (It usually takes financial reversals for people to start conducting themselves in an environmentally responsible manner.)

The almost comical lack of irony with which Jackie described the Siegels as “ordinary people like us” lays bare the sheer incomprehension of the 1% of how the 99% live, the political ramifications of which in a plutocracy like the United States include the casual vindictiveness its political leaders (and their paymasters like the Siegels) routinely display and enshrine in legislation against those less fortunate than themselves. (While Jackie stressed her “need” for the additional living space Versailles would have provided, in Britain the same year that this film was released the government of Old Etonian David Cameron introduced a punitive “bedroom tax” in the Welfare Reform Act of 2012 whereby council house tenants with any room considered “spare” automatically had their housing benefit docked.)

We see the reality of ‘trickle-down’ economics in the impact upon the Siegel’s vast army of employees and dependents all the way down the food chain in the fate of their pet lizard, who amidst the confusion is allowed to die of thirst. @Richard Chatten