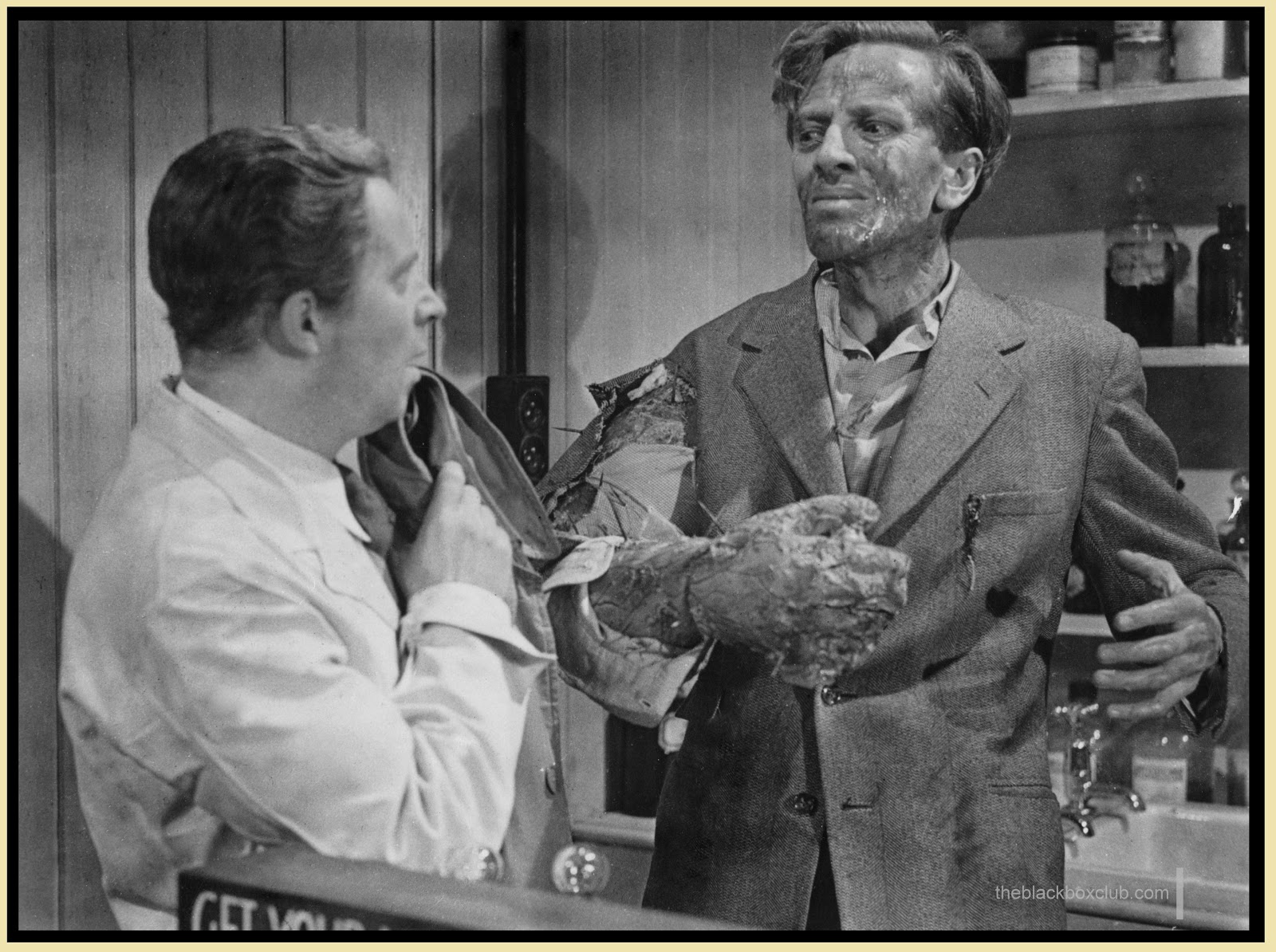 Hammer’s sci-fi movies still tend to be overlooked, despite Losey’s The Damned being probably the best film they ever made.

Still bearing the banner of Hammer’s earlier incarnation Exclusive, and set – unlike their brightly coloured Gothic horrors – in a contemporary London vividly shot night-for-night, that now feels even more distant than nineteenth century Transylvania (in which TV announcers still wore black tie and drunks used the term ‘gin goblin’), this fantasy sci-fi horror outing is sprinkled with occasional wry remarks like the locals are “all in church or at the local”.

Nigel Kneale strongly disapproved of the casting of Brian Donlevy as Quatermass, but he works for me; and the rest of the film is consistently well acted by the usual wonderful cast of familiar faces from Jack Warner, an eight year-old Jane Asher (who has a poignant moment cradling her broken doll), Sam Kydd (of course), to my favourite London landmark, Battersea power station. But surpassing them all is cadaverous Richard Wordsworth giving what is probably the best performance ever given in a horror film as the unfortunate astronaut. @RichardChatten