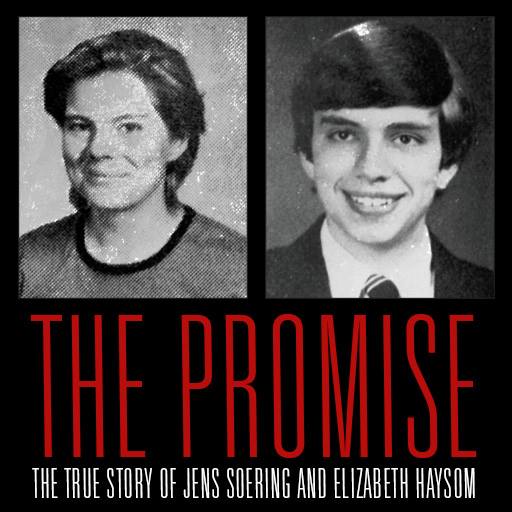 Directors Marcus Vettel and Karin Steinberger (The Forecaster) have documented the circumstances of the gruesome murder of Derek and Nancy Haysom in Virginia in March 1985, and the subsequent trials of their daughter Elizabeth and her lover Jens Söring, who were both convicted of their murder. But far from illuminating events, THE PROMISE tries to absolve Söring from all guilt, with the premise that there was a judicial conspiracy to convict him.

When the bodies of wealthy retired industrialist Derek Haysom and his wife Nancy, an artist, were found by friends in their house in their Bedford County/Virginia on March 30th 1985, this upmarket neighbourhood feared that a serial killer was on the loose. Nobody suspected either Elizabeth or Jens – only their disappearance to Asia and Europe (they were arrested months later in London for cheque fraud) led the police to them. They were a weird couple: Jens, the son of a German diplomat was only 18 years old; Elizabeth, who had been educated in boarding schools in Switzerland and the UK, was not only over two years his senior, but had run away from home and had dabbled with drugs. Jens was obviously very much in love with her, and after their arrest, he confessed to the murders, knowing full well that he would be tried in Germany, where there was no death penalty; whilst Elizabeth, if found guilty, could face the Electric Chair.

The couple had created an alibi for the weekend of the murders – a double bill at a Washington cinema – which became the point of contention between the two, after Elizabeth decided to plead guilty to being an accessory to murder. She claimed, that she knew, that Jens was setting out to kill her parents, whilst she stayed in Washington. Elizabeth was given a 90 years sentence, she is eligible for parole at the earliest in 2032, when she would be 68 years old. After Jens was extradited to the USA in 1990 – the Virginia court had promised not to go for death the penalty – he withdrew his confession. Elizabeth who was a witness for the prosecution, again accused him to have murdered his parents. Jens was given two life sentences, running consecutively. In an interview with the filmmakers, Jens (with Daniel Brühl voicing his statement, just as Imogen Poots voiced Elizabeth’s statements in the court recording of her trial), explained that he sacrificed himself and confessed in the first place out of love for Elizabeth.

Then THE PROMISE takes a strange turn: the filmmakers start interviewing experts, who come to the conclusion that a third person (Elizabeth’s drug dealer, since deceased) has helped Elizabeth to kill her parents. Elizabeth is called “a practiced liar”, whilst Jens is made out to be the naïve victim of the older woman. This biased ending – basically, one has to believe either Jens or Elizabeth – somehow contributes to make this bizarre case, which was the first televised trial in US TV history, even more compelling, particularly since Elizabeth had at first accused her mother of sexually abusing her, an accusation she later withdrew.

THE PROMISE is not so much a documentary, but an attempt to construct a case against Haysom for the murders, whilst white-washing Jens Söring. It is left to the audience to make up their mind. But in spite of the bias, the Haysom trials are one of the most peculiar and enigmatic court cases of modern times. The filmmakers, not withstanding their interference and a very unimaginative title, have contributed to a compelling viewing. AS