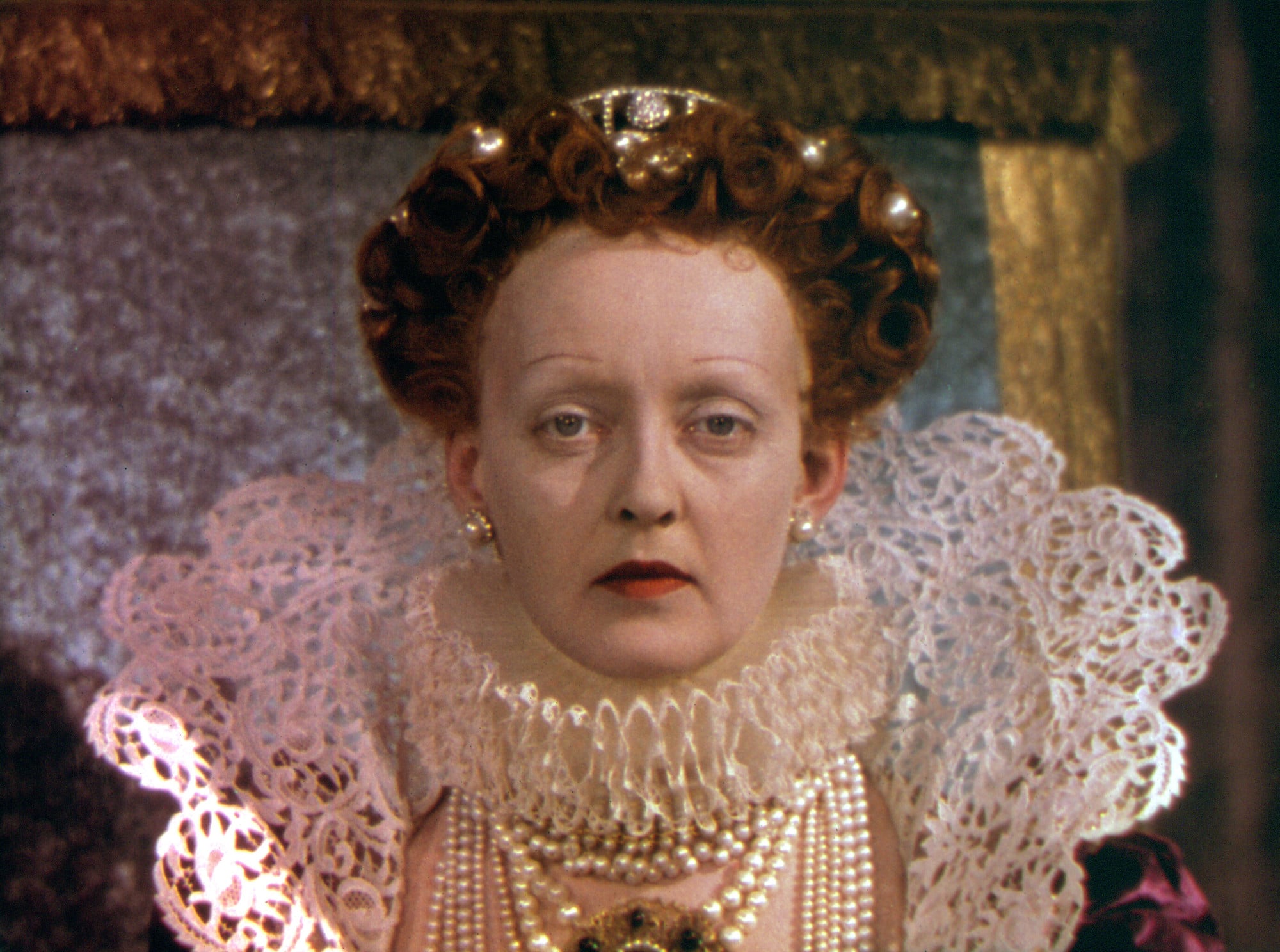 The Private Lives of Elizabeth and Essex (1939)

This depiction of the love/hate relationship between Queen Elizabeth I and Robert Devereux, the Earl of Essex is obviously based on a play (the Irish debacle is plainly staged on a single Germanic-looking set, and Cadiz – although frequently referred to – is only talked about).

The film is sumptuously produced with an incredible supporting cast; some of them practically just glimpsed (with Olivia de Havilland – in reality one the few woman who resisted Flynn’s advances – as usual while she was under contract to Warners wasted but radiant as Davis’s most serious rival in love).

At the centre of course are two star performances, although Daves’ makeup is grotesquely aged but completely unlined with those famous eyes darting hither and thither as the elderly Queen, and – the vaguely ‘naughty’ title notwithstanding – they are shown doing little more in private than playing cards together. Richard Chatten

BETTE DAVIS: HOLLYWOOD REBEL SEASON IS NOW PLAYING AT THE BFI Southbank FOR THE REMAINDER OF AUGUST 2021