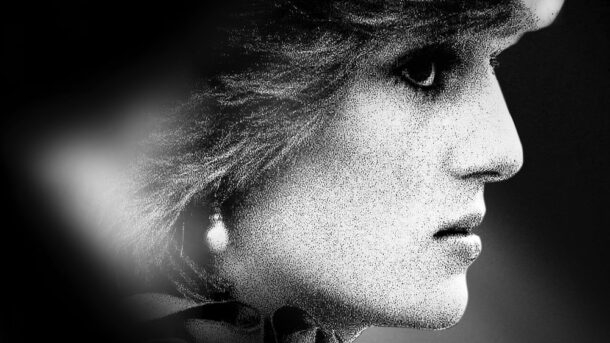 Hot on the heels of Spencer, The Crown and the musical Diana, THE PRINCESS does not promise or deliver any new insight into the life and tragic death of our much loved, Princess of Wales. Instead Ed Perkins pieces together a documentary made up exclusively of television news footage and public records, once again showing the Diana we have seen in the media and watched on TV for over 40 years – 25 of them after her death in a Parisian car crash. This is a digest of what was fed to the general public – rather than a feast of new information revealing the truth what really happened.

When the TV camera spotlight first fell on Lady Diana Spencer, it was 1981, she was an innocent twenty year old nursery teacher;  Prince Charles a well-travelled, sophisticated 32 year old prince. They harding knew each other, let alone loved each other, as the first TV interview shows. The media version of what happened next was “The Fairy Story”. In the midst of social and political turbulence, a fairy story was badly needed. But the fairy tale ended when Prince Charles, even after the birth of his first son William, continued to lead the life of a bachelor – including his adulterous affair with Camilla Parker Bowles, who was also married and a mother of two.

Much later, in the scandalous TV interview with Martin Bashir,  Diana spilt the beans: her own romantic affairs; the self harm; Bulimia; and a suicide attempt. Now the second phase, a “Soap Opera” was to begin. A collision between the royal family, representing traditional values, and Diana’s 20th Century lifestyle was played out before a public. A Disney movie perhaps, but nothing to do with the fact that the couple had never been in love in the first place. The so-called heart-break was the base the relationship was built on. Once again the British media drove the narrative forward, as it still does today, serving the public with what it thought they wanted, rather than the real truth of the matter.

Writer/director Ed Perkins (Tell me, who I am) and his editors Jinx Godfrey and Daniel Lapira have certainly cobbled together a hoard of information but for whose benefit? Certainly not the ones who have worshipped “the princess of the people”, who was clearly at the cash cow for everyone who benefitted from her tragic story. Perhaps the best use of this documentary is as material for media students – as an example of reality television of the worst kind. AS