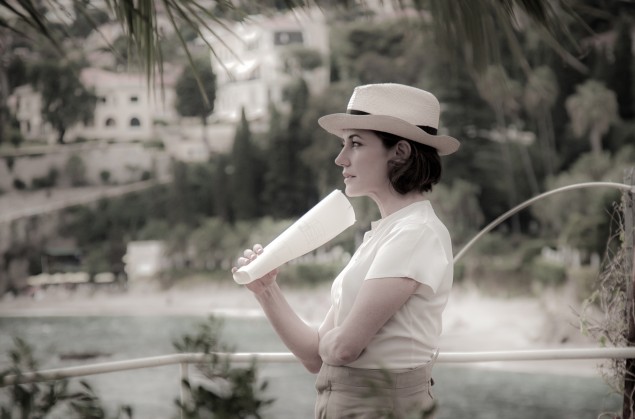 Writer/director Mary McGuckian (Best) has done the avant-gardist designer and architect Eileen Gray (1878-1976), no favours as the main focus of her feature bio-pic The Price of Desire: a turgidly slow and Kitsch affair, it also manages to be a pretentious melodrama of the worst kind, colliding frontally with Gray’s cool artistic output and her self determined personal life.

Born into an aristocratic family in Enniscortly, Ireland, Eileen Gray attended the Slade School of Fine Arts, before moving to Paris and the South of France, where she spent the last 70 years of her life. Famous for her work with lacquer, which was used in Chinese and Japanese art, she also designed the Bibendum chair between 1917 and 1921.

McGuckian seems not to care much for Gray’s artistic output, but quickly dives into her relationship with the singer Marie-Louise Damia (Morisette); sex in slow motion is all we see of the couple. After meeting the Rumanian architect Jean Badovici (Scianna), Gray then begins a torrid relationship with the womaniser – again, his sexual escapades with Charlotte Perriand (Randall) are documented in great detail. Gray’s clashes with Le Corbursier (Perez) a friend of Badovici, who “defiles” Gray’s architectural masterpiece the Villa E 1027 in Cap-Martin near Monaco with his nudist murals, takes up the latter part of The Price of Desire, Perez’ Le Corbusier emerging the pantomime villain. Instead of attacking the architect for his ties with the Fascists during the German occupation, or his support for eugenics, the filmmaker again personalizes the professional conflict between Gray and Le Corbusier. A dreadful deathbed scene with Badovici could not have been worse.

The scenes shot by DoP Stefan von Bjorn in the renovated Villa E 1o27 are the highlight – at least we see, in detail, Gray’s – then revolutionary – approach, to make the border between furniture and architecture indistinct. The rest are of the images are on a par with the narrative: grandstanding, pompous and utterly unimaginative. Just the opposite of what Eileen Gray stood for. AS

ON RELEASE AT SELECTED ARTHOUSE CINEMAS FROM 27 MAY 2016