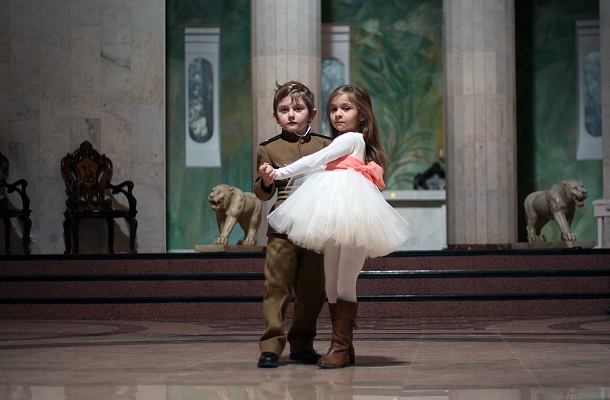 Moshen Makhmalbaf’s THE PRESIDENT is a collaborative affair with his filmmaking family. It tells the story of a deposed dictator, running for his life in a seemingly naïve way, with his grandson in tow – only when the story develops do we appreciate the wisdom and humanism Makhmalbaf is famous for.

The film begins with the president’s family still in absolute control with the power to switch the lights on or off in the capital to his heart’s content. When a mass uprising by the impoverished population of this nameless country sees the entire ruling family clan fly away to safer shores – the stubborn patriarch digs his heels in with his equally tenacious grandson: the two of them are made for each other. With servants and friends deserting or being shot, soon the odd couple is alone: running from the opposition forces and a vengeful nation who want the ever growing price put on their heads. The tyrant poses as a political prisoner and joins a band of them, many of whom are tortured, on their way home. We ask ourselves, how long it will take for the two to be captured, but when this happens, it us under the most extraordinary circumstances.

Told in the style of a fable, THE PRESIDENT contrasts the before/after effect of the dictator’s existence: cold and cynical when in power, he changes into something more human after he is deposed – and not only because he is now on the receiving end of life. His love for his grandson is unconditional, and his machiavellian cunning is used for the benefit of another human being, for the first time in his life.

THE PRESIDENT is a parable on what a revolution does to a nation: how quickly liberation gives way to revenge and the hunt for new enemies. Wonderfully performed, with sweeping cinematography of this magnificent, unknown country and of  the misery of the displaced. A mature and passionate film that finds humour n the most precarious situations. AS