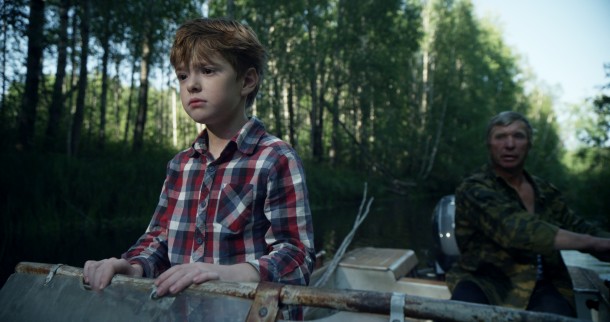 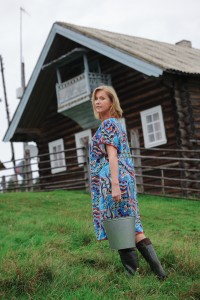 Just when it appeared that the Venice film festival was winding up the red carpet for another year, in comes Andrei Konchalovsky’s remarkable small-town docudrama to set the cat among the pigeons (of St Mark’s Square). With his film warmly received at yesterday’s press screening, the veteran Russian filmmaker could prove a late Golden Lion winner after a 50-plus year directing career.

Konchalovsky takes us to the outer reaches of Russia to a remote, serene lakeside community where boat is the only means of entry. Their sole connection to the outside world is the postman Aleksey, a sprightly middle-aged man who brings not only the daily post, but supplies, food, fuel and the daily gossip. He chats with the locals and helps them with their chores and has a deep longing for outsider Irina and is a father figure for her son Timur.

The postman is played by Aleksey Tryapitsyn, a real-life postman who joins with the rest of the community in playing versions of themselves, following a similar fly-on-the-wall used in Kurochka Ryaba and House of Fools. Yet nothing seems overtly staged or recognisably false: this pastoral idyll has a glorious, charming, lived-in sensibility.

Tryapitsyn doesn’t falter with his grand role in the proceedings. He has an uncanny ability to convey emotional power in the slightest of reactions, and has a witty comic timing that belies his non-professional origin. His unrequited love for Irina (one of the few professional actors in the show) has elements of Checkov (particularly The Seagull), the playwright Konchalovsky recently directed for the stage in London.

A greater conflict comes when his boat’s engine is stolen, and Aleksey engages in a Gogol-esque encounter with an uncaring municipal representative on the mainland. Without a means of work, and a route to the island (it’ll take a month for a replacement to come from Arkhangelsk, he’s told), he seeks out his friend to deal with the situation, a general at a near-by military base. It’s revealed this is no normal base, but a space port – the absurdity of modest country life next to interstellar industry is barely recognised by locals – and the payoff is a glorious final, blink-and-you’ll-miss-it shot to close the film.

The best work happens in the quieter, contemplative moments. A moving scene comes at a village elder’s funeral, when the community talk of the “socialistic romanticism” of her era, a time unlike, apparently, a present Russia in which their humble roles in society seem almost obsolete. Why should Russians pay for humble fishermen in rural villages for their fish, rather than modern, faceless dragnet fishing, as one sequene depicts? And as the young Timur is wont to say to Aleksey, do we need postmen when we can email? Konchalovksy’s art reveals a beauty to a rustic life that is being lost – as if this is the last chance to witness this kind of small-town life. If it is, Konchalovsky has crafted a beautiful record of this world. Ed Frankl