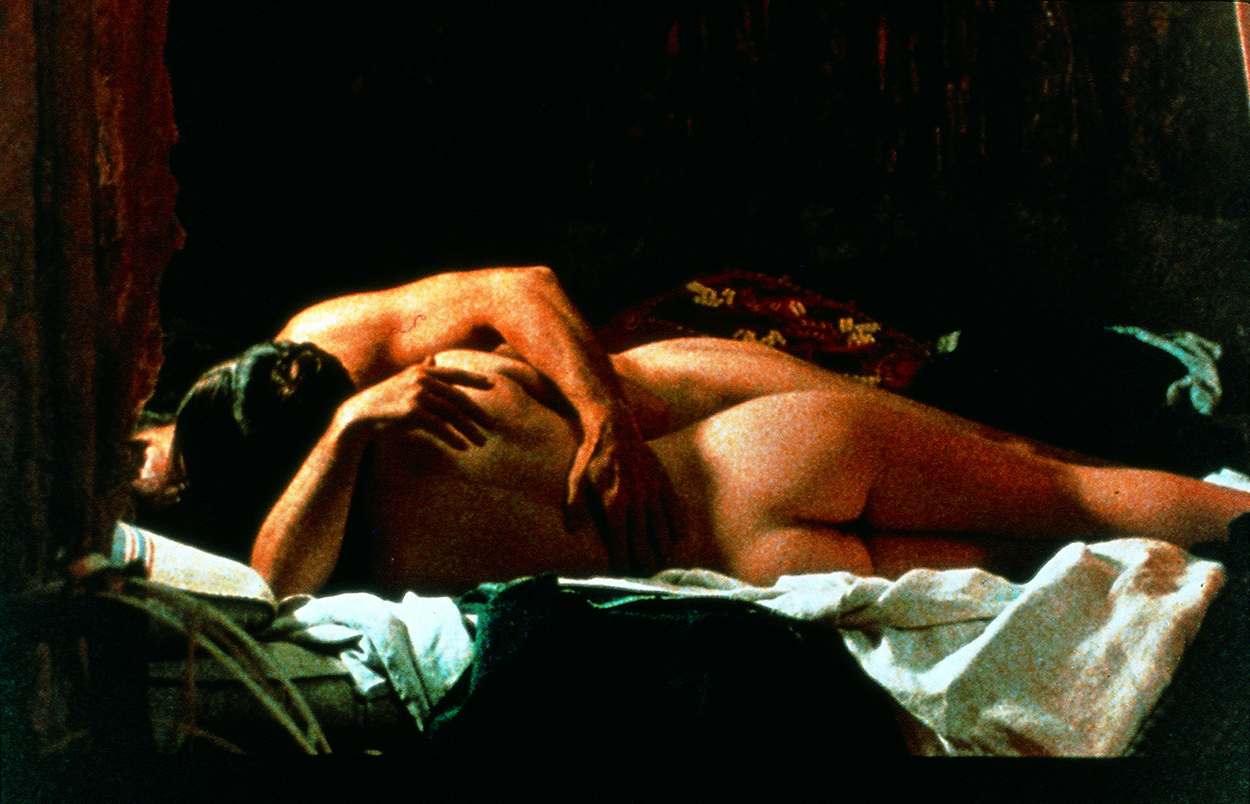 As a landmark in film history, few features can measure up with Jane Campion’s epic The Piano: in only her third outing (after many successful short films) as full-length motion picture writer/director, she tackled all: feminism, racism and above all, sexual relationships. She won an Oscar for Best Director, The Piano got the nod for Best Picture and most wondrous at all, she was the first  – and, 25 years later – still the only woman recipient of the Palme d’Or, albeit sharing it with Chen Kaige’s Farewell my Concubine.

Scottish widow Ada (Hunter) has been traumatised by the death of husband, who was killed, standing next to her, by lightning. As a result, she has lost her voice. Her father marries her off to Stewart (Neill), a farmer, living in the jungle: he picked her from a mail order catalogue. Ada, a former opera-singer like her late husband, arrives at the unwelcoming beaches of mid-nineteen century New Zealand with daughter Anna (Paquin) and her price possession: the titular piano. Stewart does not care about the instrument, and leaves its transportation to his second in command, Baines (Keitel), a native of the country. Ada, withdrawn from reality, falls in love with Baines, after the latter makes it clear to him, that she is more than a sex object for him. Stewart, jealous and out of control, extracts bloody violence; promising more, if Ada is seeing Baines again. One of the main features is the role of Ada’s daughter Anna, who, whilst loving her mother, sides with Stewart: she yearns for a stable home. Like young Helene in Chabrol’s Les Noces Rouges, she inadvertently gives away the game, whilst intending to help her mother.

Sumptuously photographed by British cinematographer Stuart Dryburgh (who collaborated with Campion on An Angel at my Table and The Portrait of a Lady), and  an eerie score by his compatriot Michael Nyman, The Piano seems head and shoulders about contemporary cinema. Alas, Jane Champion would never again be so brave and daring: apart from the Henry James adaption The Portrait of A Lady (1996) and the Keat’s bio-pic Bright Star (2009), both more sturdy than innovative, little can be said of her more recent output. It seems, like she was frightened by her own boldness – like a comet who bloomed to early and imploded. AS