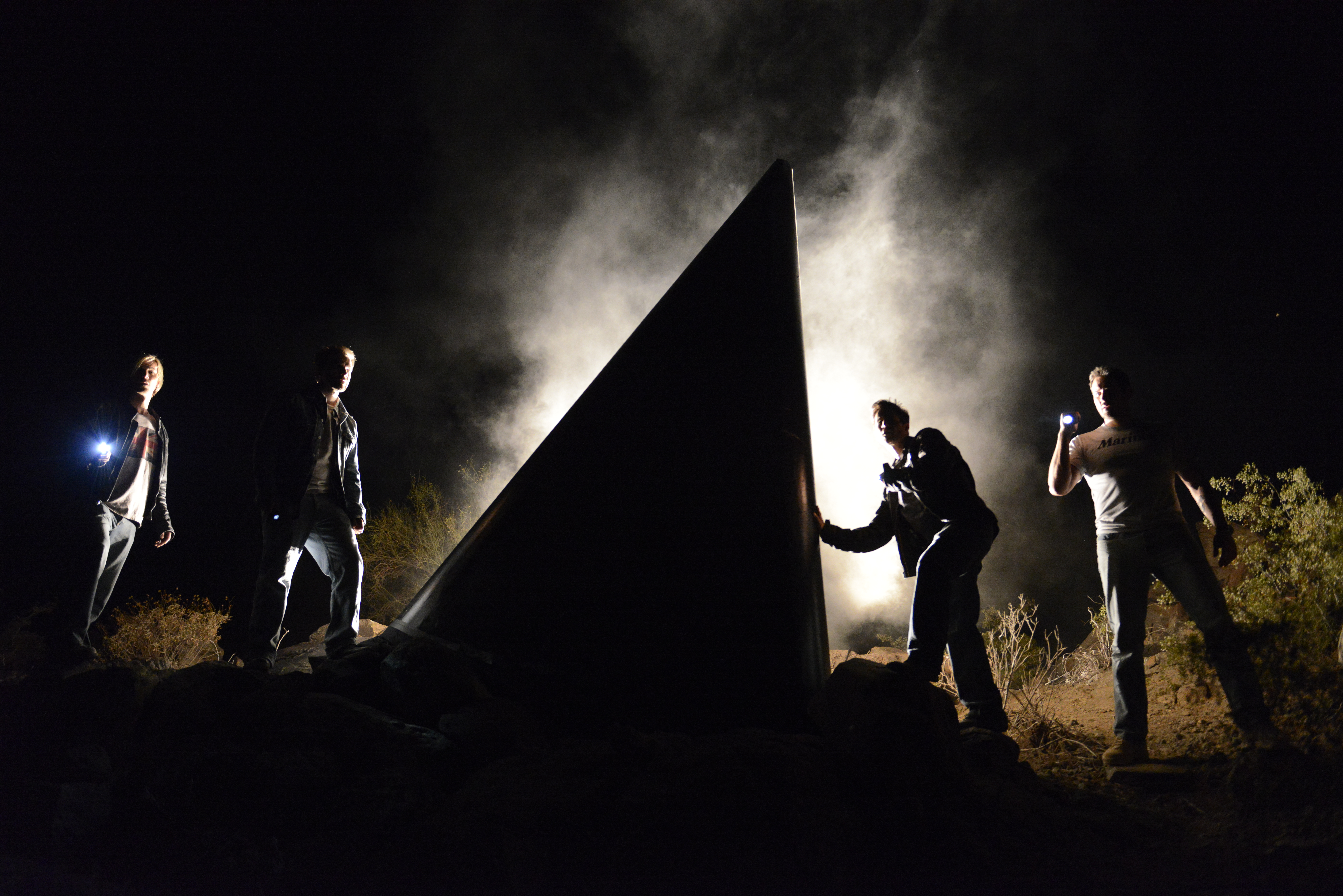 First time feature film writer/director Keith Arem (better known to addicts of video games, having directed 50 titles among them Call of Duty II), has created a horror-flick based on tries and trusted ingredients: found footage, fake-interviews with relatives of victims and the cover-up agents of the military establishment: The Phoenix Incident, based loosely on real events in Phoenix, Arizona on 13.3.1997, when UFOs were spotted over the hills, is tacky to the extent that bargain-basement hardly captures its impact.

Four young men get lost on the evening of the UFO sightings in the hills of Phoenix; trying to hide in an army base they are captured and abducted by aliens whose unimaginative laughable looks are symptomatic for the whole production. Chief witness for their fate is a violent cop beater who is mostly drunk and stoned and has to spent a lifetime in prison as part of the cover up. Why the aliens decided to leave him behind is one of many unanswered questions.

Even the pure entertainment value of The Phoenix Incident is so minimal that it does not justify much attention: it is an unconvincing parody of a genre, but the mainly involuntary laughs are at its own expense. AS