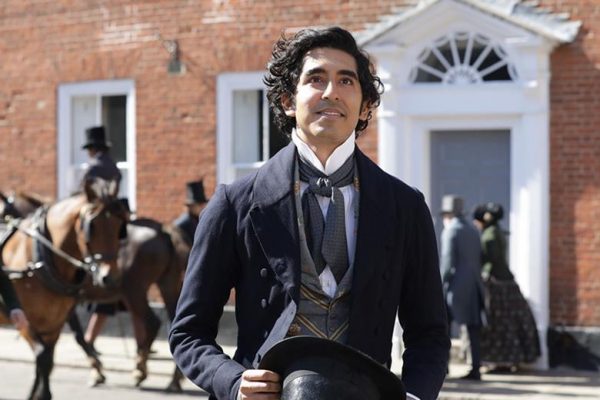 Armando Iannucci brings a wonderful exuberance to this nimble adaptation of the novel Dickens considered his favourite. The autobiographical account of an author’s formative years unfolds in a dazzling swirl of engaging vignettes and enduring characters. Often riotously funny, the drama never lose sight of the novel’s underlying central themes of poverty, class, and importance of friends. It also conveys Dickens’ sense of humour, whether dark or upbeat, that permeates nearly all his novels. Personal History Of David Copperfield should also appeal to new and younger audiences put off by the weighty and worthy tomes lining their parents books shelves. Dev Patel is wonderful in the central role, his dark looks and vivaciousness lighting up every scene.

Many directors have mined the rich dramatic potential that David Copperfield offers to the big screen and TV. Most notable is the 1935 version that perfectly showcased W.C.Fields talents and portliness in the role of Mr. Micawber. Iannucci brings an effervescent energy to his film, which feels thoroughly modern while retaining its old worldy aesthetic. New is the idea of sentences literally written across the screen, and it works due to the manic pacing and visual busyness, colours and characters vibrate with enthusiasm.

David Copperfield relied on the kindness of strangers after a childhood of abuse at the hands of his wicked stepfather. And he runs the gamut of gruelling jobs and uncomfortable dwellings remaining chipper and optimistic throughout. He is a role model for children nowadays channelling that well known phrase: through hard work, to the stars. His philanthropic nature is also to be applauded. Copperfield grows up clever, self-aware and a skilled judge of character; traits that will go on to serve him well in this great writings.

Sumptuously mounted the film looks like a jewel box and is equally uplifting with its elegant costumes and beautiful frocks. An all star cast includes Tilda Swinton as a febrile Betsey Trotwood and Ben Whishaw’s ‘everso humble’ hand-wringing Uriah Heep. Hugh Laurie’s is also back from the US with a droll and debonair Mr. Dick. A delightful  film and the perfect tonic for January. MT