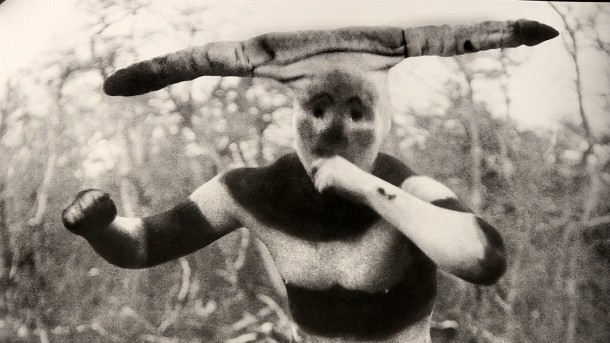 Where NOSTALGIA FOR THE LIGHT studied conditions in the Atacama Desert, THE PEARL BUTTON focuses in sparkling 2k digital on the medium water, in an attempt to link the element with the disappearance of five native tribes of Patagonia and the genocide of countless political prisoners during Pinochet’s dictatorship.

A bright light shining through a block of crystal imbedded with drop of water seems an exciting way to open a documentary on how water came to be on the Earth. But after a brief look at celestial comets that purportedly conveyed the element to our planet, the narrative then wends its way into the tribal question to examine the ancient seafarers who once inhabited the southern tip of Patagonia (Land of the Large Feet). Chile benefits from a massive 2,670 mile seaboard, providing a fabulous climate for a successful wine industry, but its maritime possibilities appear to have been thwarted by the tragic wiping out of much of this seagoing ancestry in the early 1800s, by settlers intent of making the region their home. Three survivors of these tribes still keep their native tongues of Kawesqar, Yagan and Selk’nam alive and they give testament to a vibrant past when they circumnavigated over 600 miles of the regions southern seaways and lived completely at one with nature. Guzman combines his interviews with fascinating archival footage showing some eerie photographs of tribal indians painted with body designs and garments resembling the klu kluk clan. 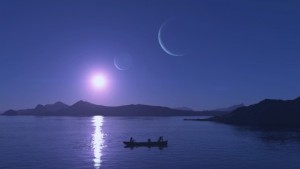 The title of the film comes from a young Yagan teenager who was sold to the British Navy for the price of a pearl button in 1830. It emerges that a pearl button was also discovered welded to a metal girder discovered at the bottom of the sea during Pinochet’s reign of political terror and indicating widespread genocide of innocent people. Ultimately these historical tragedies are so individually important that they each deserve a separate film rather than one that runs for under two hours.

That said, Guzman has made a visually extraordinary film that wafts over the magnificent scenery and glacial landscapes of this South American nation. A gently meditative voiceover wafts over us providing space for contemplation but leaving us feeling both bewildered and unsatisfied. MT