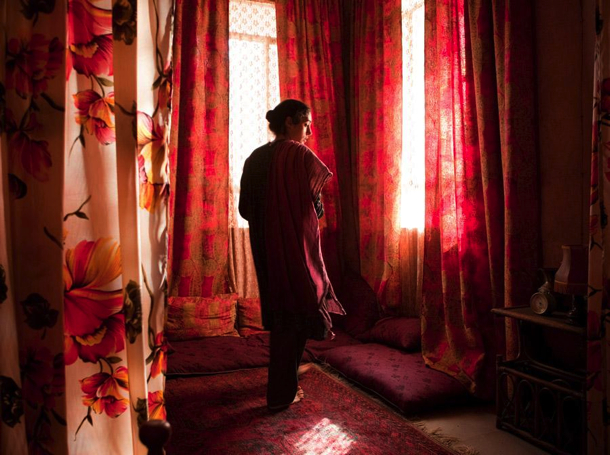 This poetic follow-up to EARTH AND ASHES  is Atiq Rahimi’s second feature and based on his book which won the French literary equivalent to the Booker Prize.  Essentially a chamber piece, filmed in a dusty house (putatively during the Afghan conflict), a woman is tending to her wounded older husband who has been shot.  Golshifteh Farahani gives a magnificent portrait of vulnerability and desperation in the central role. Recounting her memories and feelings to her comotose husband, she tells her story in an extended monologue that serves as a quiet backlash to their unsatisfactory time together.  The couple met when she was only 17. 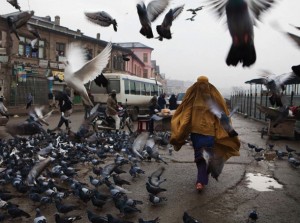 The ambient sound is of war: the only visits from men.  A Mullah who comes to pray for her husband, aggressive incursions from soldiers, one of whom rapes her then pays her to have sex (providing valuable income for the household).  It’s a drama very similar in form to that of Jafar Panahi’s recent CLOSED CURTAIN.  As ‘the woman’ talks she remains focused on the medical needs of her husband, and he represents a  “Patience Stone” (from Persian folklore), an absorbing ‘oracle’ that is reputed to shatter when it can take no more of the unburdening.

The woman is strengthened by this therapeutic, low-key, rant about his lack of lovemaking skills and her fear of doing the right thing.  She expresses and shares her new experiences of sexual awakening with her soldier pupil, who she’s ashamed of enjoying.   Her worldly and more sophisticated aunt (Hassina Burghan) also provides comfort although we only meet her once. More of Hassina Burghan’s input would had added texture and cinematic contrast to the narrative. She is evidence that more urbane women do exist in this closed society.

With its muted visuals and themes that focus on womens’ issues in a society of religious and social repression and bigotry, this is a brave and controversial drama.  Golshifteh Farahani now lives in Paris and is one of the most important and well known actresses working in Iranian cinema.  Her delicately sensual role in THE PATIENCE STONE shows how this repressed comes full circle from the submissive teenage virgin to a finale of sexual realisation where she gains control of her life, all within her husband’s earshot.

Golshifteh has previously given strong performances in Chicken With Plums, Asghar Farhadi‘s About Elly and Ridley Scott‘s 2008 Body of Lies.