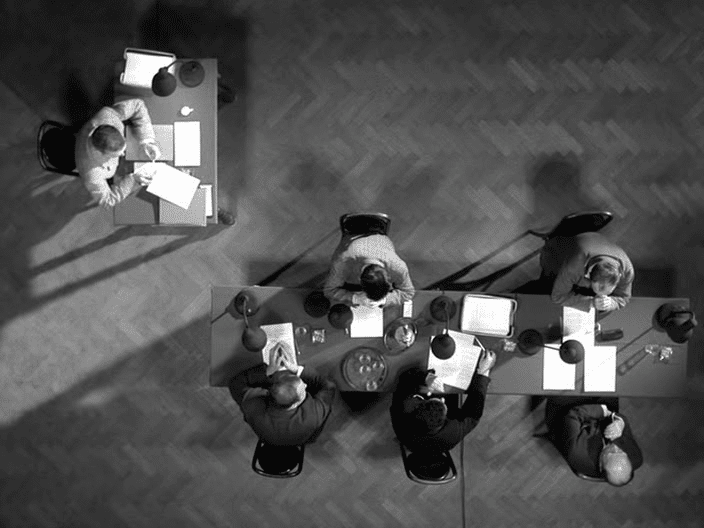 The limited number of people who have seen Peter Greenaway’s The Falls (1980) – extravagant fiction structured as a documentary – will experience a sense of déjà vu watching Die Parallelstrasse, which may – repeat may – be an ethnographic documentary structured as fantasy.

Not for the feint-hearted, The Parallel Street is one of the most enigmatic experimental films of the New German Cinema, produced by GBF, and dealing with subjectivity and objectivity in the medium.

We are addressed at the outset by the minute-taker (Friedrich Joloff) on the third and final night of some sort of symposium shot in jagged black-&-black that recalls the silent films of Fritz Lang (and the behind the camera footage of Clouzot & Picasso in Le Mystère Picasso), for which those under examination have been enjoined to hand in their watches and to submit to various forms of classroom discipline; a process of which he informs us that the final upcoming 90 minutes will be the last in the lives of those on the panel. We are also informed that this process is an endlessly recurring one in which the minute-taker sadly looks on in apparent resignation as panel after panel meander their way through the material in the limited time available; forever missing the fact (staring them in the face) that the files in front of them actually refer to themselves. The committee resembles a ship heading for the rocks while the crew debate the course to take: an appropriate analogy, as much of the documentary footage depicts ships and the sea. 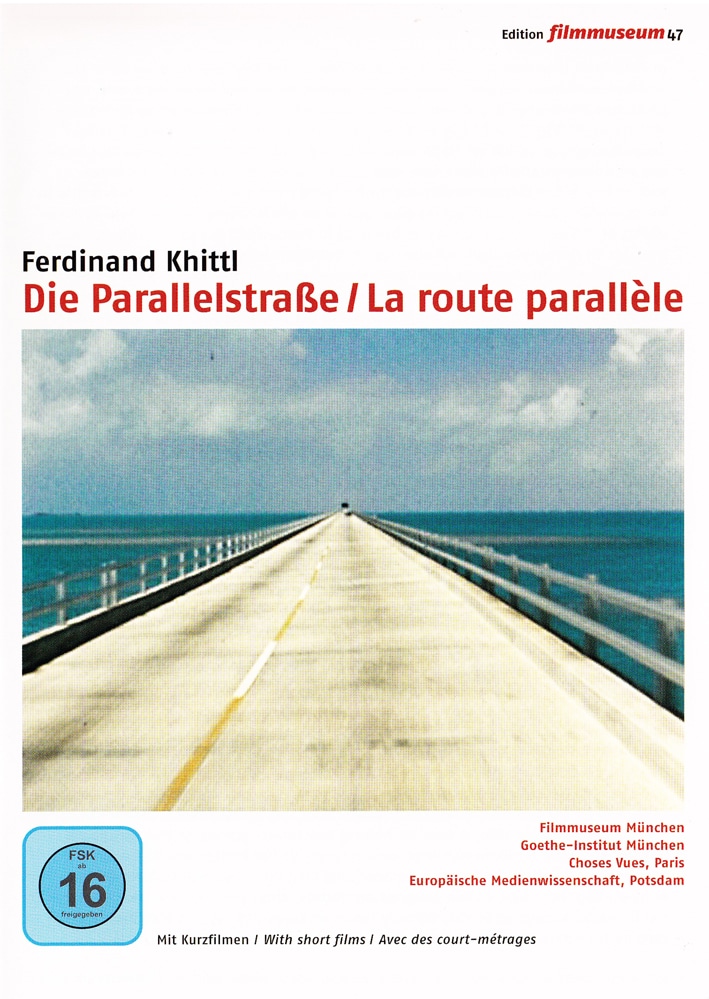 It seemed to me some sort of allegory of the brevity of human existence, and of peoples’ dithering preventing them from resolving their lives in the tragically limited time available to them. The meat of the film – literally in the case of File 269, which includes extensive footage shot in a slaughterhouse – consists of colour travel footage shot by director Ferdinand Khittl and his cameraman Ronald Martini during two extensive expeditions around the world in 1959 and 1960; framed by what may be some sort of celestial inquisition like the one in Outward Bound (1930).

The documentary sequences (perhaps deliberately) are as difficult for the viewer to assimilate in one sitting – especially if you don’t speak German and are trying to follow the subtitles – as the panellists are evidently finding it, because the exotic imagery and the density of the minute-taker’s commentary are throughout simultaneously competing with each other for your comprehension. Plainly a film that calls for repeated viewings. Unless it isn’t. Richard Chatten.