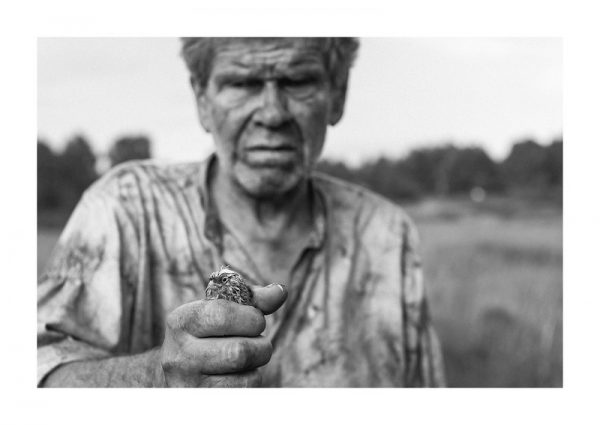 The Painted Bird is inspired by Jerzy Kosinski’s 1965 novel based on on real interviews with holocaust survivors in Poland makes for grim viewing with some of the most horrific scenes ever committed to celluloid. Don’t be seduced by the colourful title – the film is shot in black and white, more appropriate in conveying the stark nature of its contents.

Some might accuse the Czech director of anti-Polish sentiments – but Poland has actually faced enormous difficulties coming to terms antisemitism during WWII. And that’s not only based on the violence and racism shown in this drama. The Polish government recently legislated to make it a crime to talk about Polish collaboration in the Holocaust. The law had to be withdrawn, but the unease remains.

It sees a young Jewish boy Joshka (Kotlar) whose parents have left him with a relative (Martha/Sunevic) in the belief he will be safer in the countryside. But after Martha dies the boy starts an epic journey of deprivation. Eventually captured by the Germans, he manages to escape his elderly ambivalent guard (Skarsgard) whose mournful eyes shows he has seen enough of death. He then witnesses German soldiers killing a group of Jews trying to escape from a cattle train, heading for  an extermination camp. A sick old priest (Keitel) saves his life but Garbos (Sands), the man charged with looking after him, brutally rapes him, and suffers a particularly gruesome death: the boy has learnt his lesson and is able to be as savage as the others.


The horrific violence continues when Joshka is befriended by a miller’s wife who saves him from drowning. But worse is to come at the hands of her husband (Kier). When he eventually finds sanctuary with Labina (Vidrnakova), it seems his luck has turned. But the young woman needs a lover, not a boy. Soon it becomes clear he has switched allegiances in this descent into hell.