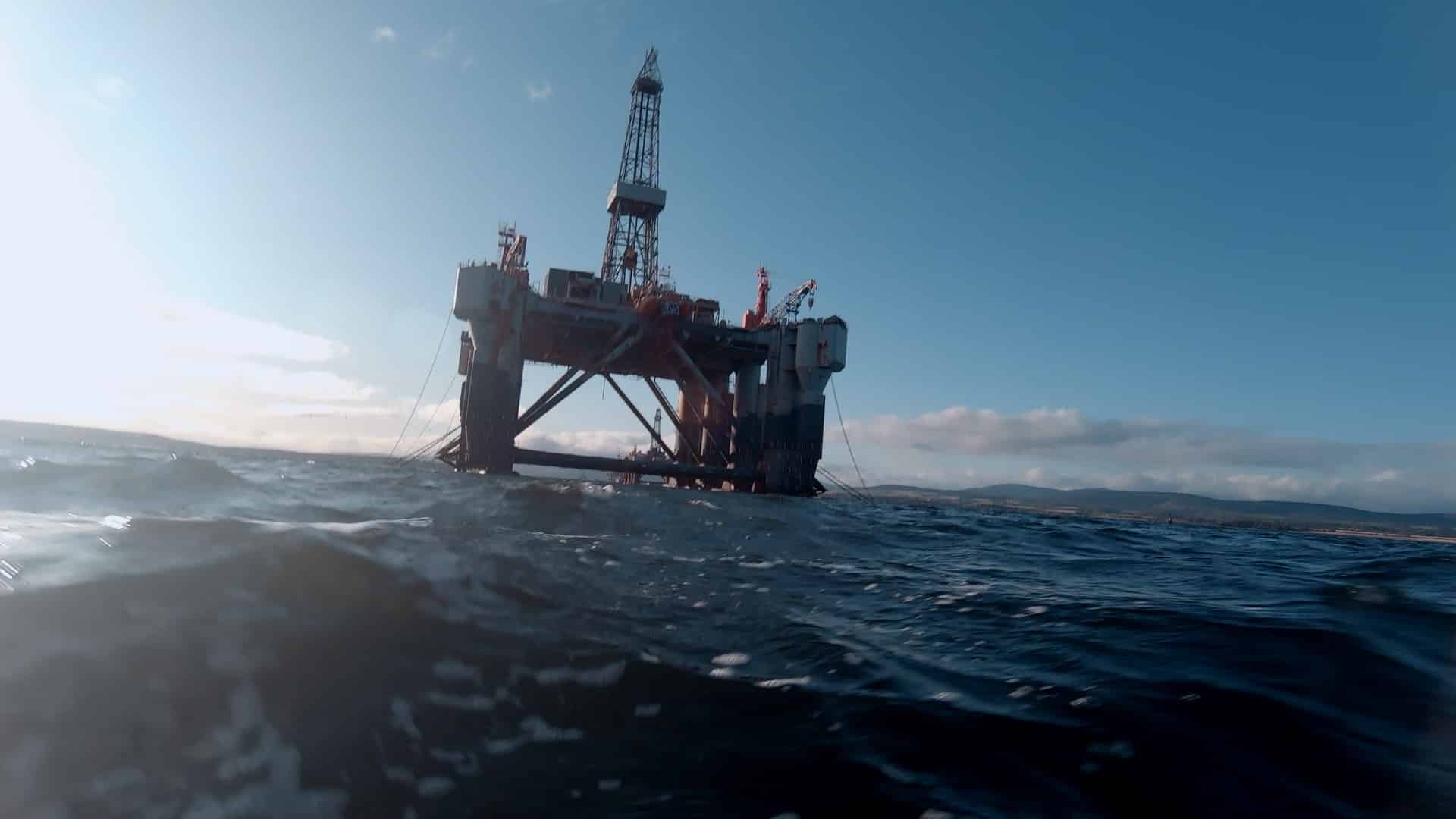 Taking on the oil industry is no mean feat but Emma Davie tackles it bravely in her first single outing as a director in a father naive feature documentary that explores the implications “the death of oil” would have in the UK. Whilst this is an activist’s s film first and foremost, Davie does not shrink away from questions that challenge our perception of the issues involved. There are no easy options when it comes to the desperate need to reduce our reliance on this energy source which is reeking havoc on the environment with the increase in world water levels – destroying – among others – large parts of Bangladesh and Vietnam  and the loss of life and displacement of around 15 million people, but also on the the destruction of  parts of Vietnam along the Mekong Delta , the largest rice producing region in the world that feeds millions.

Closer to home, the UK is financially reliant on its North Sea for a long time to come and the cost of dismantling the oil industry cannot be put into figures. economic structures such as the stock market are linked to the Pension Funds radically affected by a downturn in industries such as ship building that provide a vital source of employment. Never mind the everyday products that we rely on such as plastic.

So it comes as no surprise to hear that the new licensing of the Cambo oil field off the coast of Shetland is in direct contradiction to the Paris Climate Agreement to which the UK is a signatory member. The reason is not only the North Sea Oil lobby, which has the ear of the government, but that technological breakthroughs like Carbon Capture are unlikely to guarantee the Net Zero ambitions (and promises) of the industry for a long time. So, like it or not, “our future rests on a future no one wants”, says Steve Waygood from Aviva Investors.

Holly Gillibrand, also known as “Scotland’s Greta”, can be as adamant as she likes in asking for an end to fossil fuel culture because the results would be catastrophic and cause irreversible damage to the planet over the next 30 years. And the question “how quick can we do it” is actually hindered by all those participants, not least the investors and entire regions who rely on North Sea Oil.

It is right for former Chief Scientific Officer Sir David King to claim, “there were thousands of years of history without the use of gas and oil – until the 1970s, when drilling began in the North Sea.” But the world is now a far more complex place and the cost of dismantling a whole industry still seems too daunting to be realised more or less ad hoc.

Davie soon finds herself on a slippery slope putting forward questions she does not really want to ask. The result is what is called a balanced view: in this case, the gulf between what is needed and what is possible is simply too wide; King Oil will go on reigning to the detriment of the planet and everything that breathes. AS


THE OIL MACHINE IN CINEMAS NATIONWIDE FROM 11 OCTOBER 2022