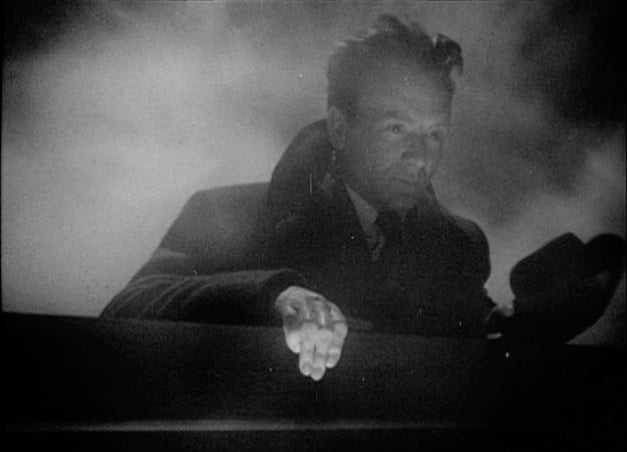 John Mills has the good fortune to attract the interest of throaty-voiced enchantress Joan Greenwood (like Alec Guinness in ‘The Man in the White Suit’, also playing an industrial chemist, but one far less assailed by doubts and far less appreciative of her) in this atmospheric psycho-drama vividly designed by Alex Vetchinsky, gothically lit by Erwin Hillier, personally produced by Eric Ambler from his novel and marking an auspicious directorial debut for Roy Baker. ©Richard Chatten