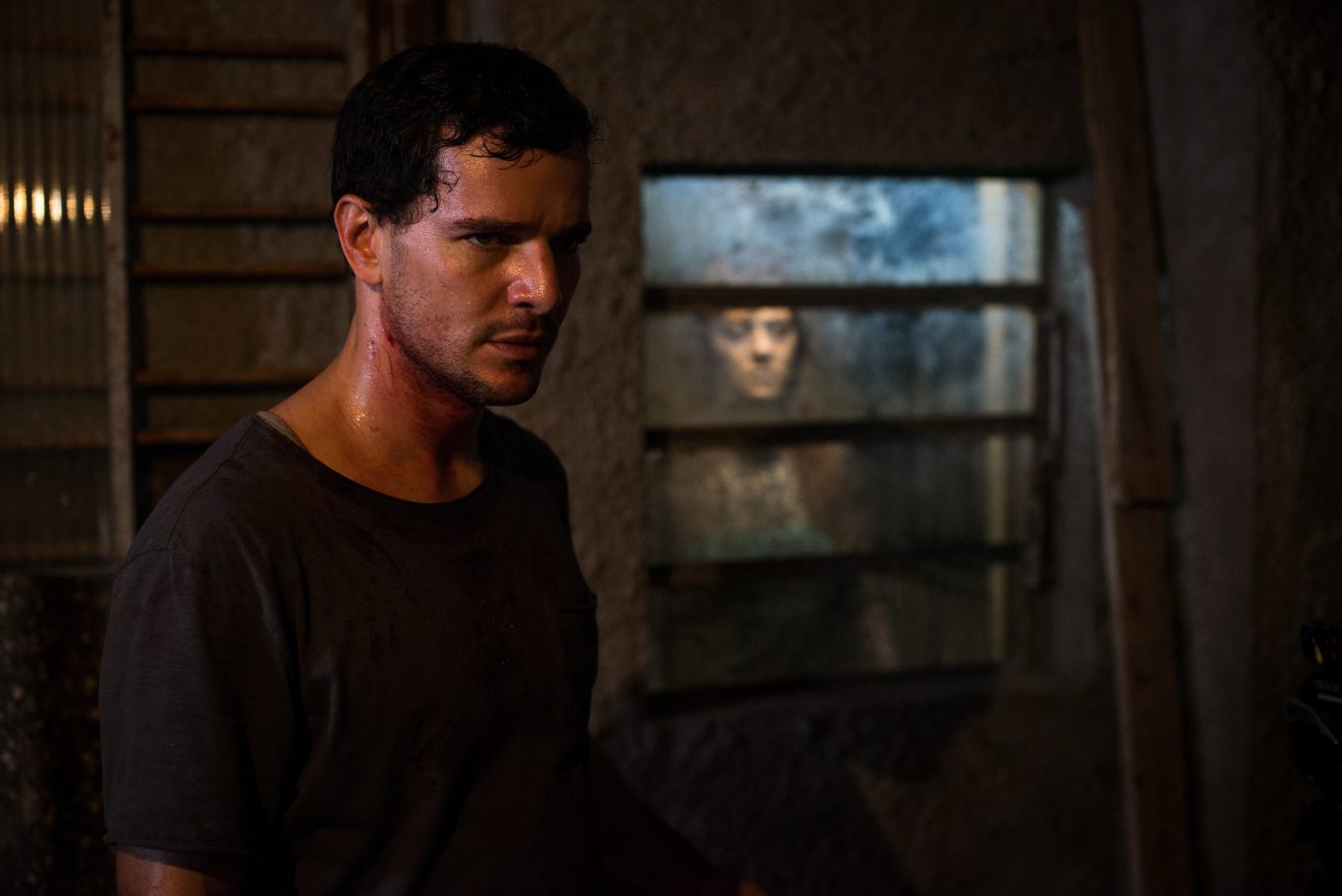 Communing with the dead its nothing new. For thousands of years people have been contacting their loved ones in the afterlife for guidance and reassurance, but in this evocative and darkly inventive Brazilian chiller a morgue worker takes a step too far.

Stênio (Daniel de Oliveira) works on the night shift in the central morgue of Brazil’s violent southern capital, Porto Alegre. Street brawls, venal crime and knifings provide him with a blood-soaked work load. And once the Stryker saw has done its postmortem job, Stênio makes small talk with the cadavers, relaying  their final thoughts or family messages before they go six feet under. But one dead body shares an idle rumour that Stênio’s wife is cheating on him. Riddled with suspicion, he take matters into his own hands, so breaking the strict code of the dead and bringing a tragic curse on his entire family.

Stênio, a generous-hearted father of two, works hard to make ends meet so why has his wife, feistily played by Fabiula Nascimento, turned against him? Odete seemed happy enough making cakes for her friend’s business but now she claims his whiff of ‘eau de corpse’ has put her off his advances. But she showers her affections on her lover who rewards her with new clothes. Perhaps poor Stênio needs to spend less time talking to bodies and more time pleasing his family.

Andre Faccioli’s garish visuals establish the neon-lit gang-ridden streets of Porto Alegre where sirens screech and brutal death is a nightly occurrence. Stênio is driven mad as the corpses pile up in this tricksy narrative that twists and turns like a murderer’s dagger. Macabre overhead shots see him sweeping up the bloody waste, as the gurneys overflow with gore and slaughtered bodies. Meanwhile, his homelife is just as messy; son Edson is going off the rails and daughter Ciça is frightened. The claustrophobic morgue closes in him; mangled corpses burst out of their ‘fridges. At night his cramped flat feels like a coffin, and the tension is palpable in this sordid metaphor for Brazil’s modern malaise.

In his directing debut Dennison Ramalho doesn’t rein back from the grimness of it all: Quite the reverse, there’s a subversive humour to The Nightshifter – be it ever so dark. This noirish fantasy horror lingers perpetually in the penumbral hours, relishing and regaling in the seemier side of an existence where life and death become one big twilight zone where the dead seem to hold sway over the living. MT