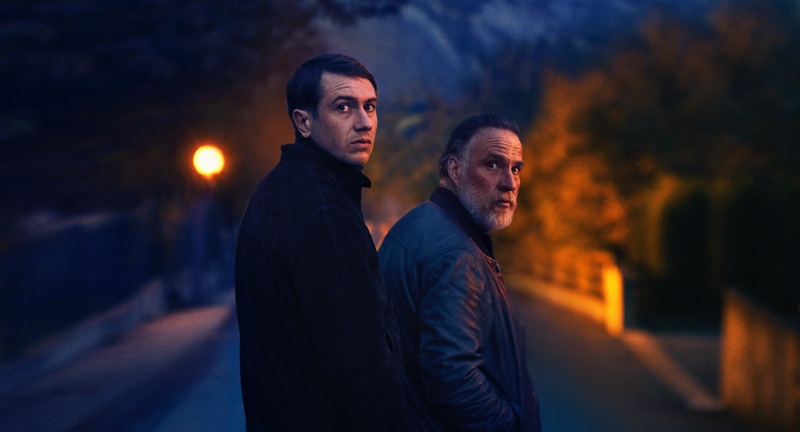 Dominik Moll’s memorable arthouse drama goes to intriguing places with a realistic and richly crafted narrative more focused on the moods and motivations of its authentic characters that the whodunnit at its core. Even though The Night of the 12 is an inconclusive crime drama it leaves you with a feeling of calm satisfaction rather than jangled nerves.

On the way home from a girls’ get together Clara (Lula Cotton Frapier) is.torched to death in an otherwise peaceful village in the suburbs of Grenoble. An extensive police investigation fails to flush out her murderer but in the process we are introduced to the local French detectives Bastien Bouillon (Yohan) and Bouli Lanners (Marceau) playing a rookie and hardened duo whose personal lives add valuable insight to the police procedural by exploring the wider implications of this violent murder in the context of contemporary attitudes towards women in France.

Moll and his regular co-writer Gilles Marchand base their script on an a section of Pauline Guéna’s essay novel, 18.3 – ‘Une année à la PJ, Paris’ that deals with this real crime but translocates the action to southeastern France. The remoteness of the mountain setting thrusts our focus onto the intense exchanges between Marceau and Yohan, and adds a scenic allure to the internal scenes of the police procedural with its acerbic macho observations of modern life and the eternal ongoing conflict between the sexes.

Marceau, whose wife has just left him, is increasingly disenchanted by the modern world; the lack of romanticism and culture amongst the young, and their glib attitude towards relationships. This spills over onto his dealings with the various suspects, and he eventually retires from the case. But Yohan is the most mesmerising of the two; a deep thinker quietly fascinated by his work and the people he comes into contact with especially his new colleague Nadia (Soualem) who brings her female gaze to the investigation:”men are often the perpetrators and women the targets” and the local judiciary judge, Anouk Grinberg, sublime in a cameo role. MT