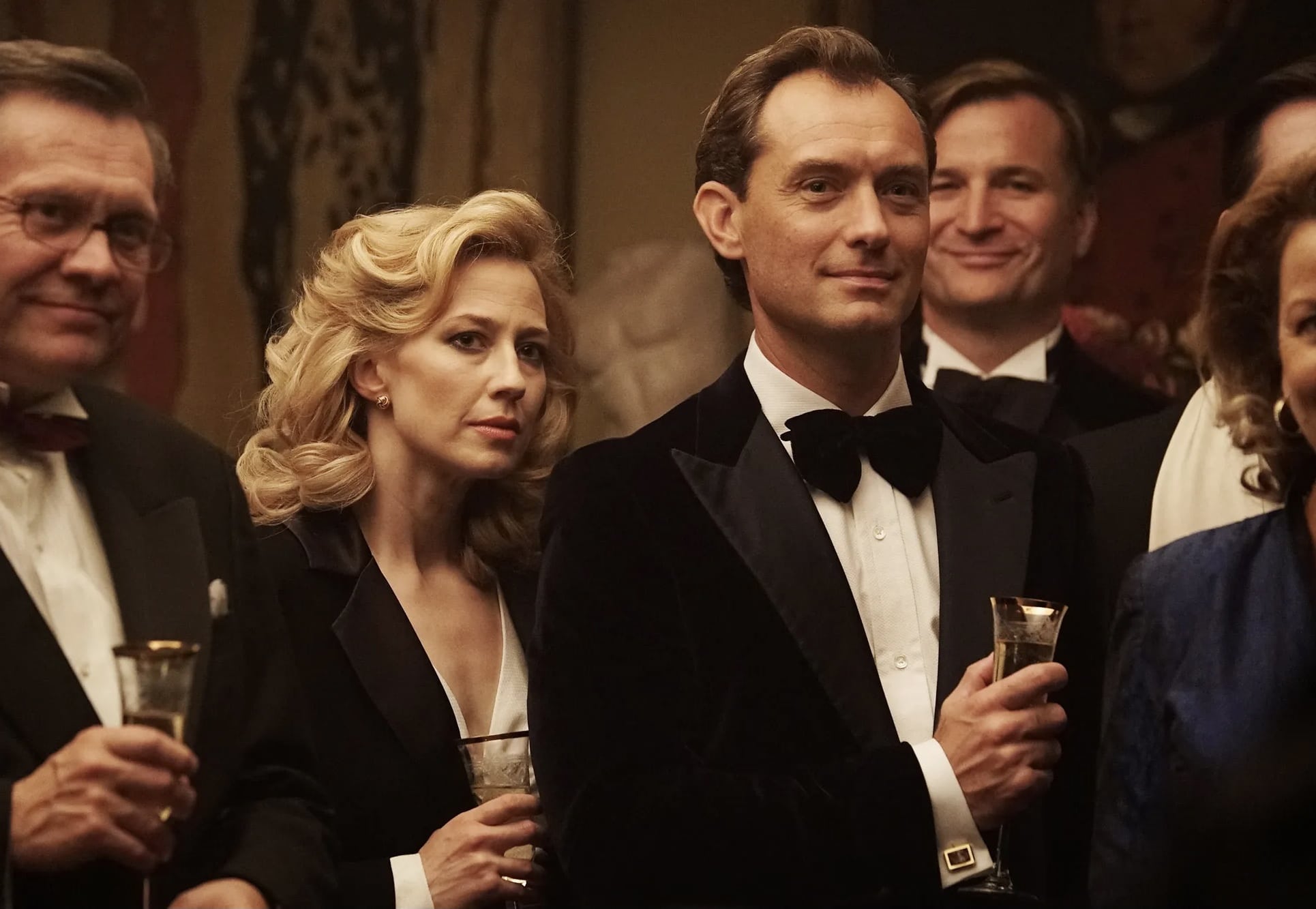 After the breakout success of his debut Martha, Mary, May Marlene Sean Dirkin’s follow up is a dark story of greed, lies and  – aptly set in the early 1980s during the high tide of Reagan and Thatcher. An alternative title could have been “Lie with me”, a crime story by British author Sabine Durrant.

In both book and feature film the two main protagonists are fully aware their other half is lying, but go along with it, as long as it suits them. Commodity broker Rory O’Hara (Law), born in London, returns to the city of his birth from the USA with wife Allison (Coom) with their ten-year old son Ben (Shotwell), teenager Sam(antha) and Allison’s daughter from an earlier relationship. This is not the first upheaval for the family, Allison has experienced four moves in the last decade alone. At one point Rory was a high roller, thinking he would be a big swinging dick forever, and this move to London is motivated by those good old working for tycoon Arthur (Culkin), running the show in his posh London office.

A bit of a flash git, Rory is keen to make a big impression: rentimg a huge mansion in Surrey, dishing out hefty school fees for the children, even transporting Allison’s horse from the USA (which will have dramatic consequences). He brags about ‘a Central Park apartment’ when looking for a Mayfair pad. But the reality is quite the reverse: the couple can’t even afford an expensive meal, using the issue to score points. And whilst Rory plans to trouser big bucks from the merger of Arthur’s company with a US outfit, he hasn’t checked the fine print and his boss has already written the move off.

As things go from bad to worse his relationship with Alison deteriorates Rory emerging a snarky bully, Jude Law is perfect for the part. Dirkin shows us a glittering balloon of material wealth, waiting to pop and deflate at any minute. Particularly harrowing is a meeting between Rory and his mother (Reed), whom he has not seen for more than a decade. Hungarian DoP Mátyás Ederly, who shot Saul and Sunset, really does his stuff here creating a visual masterpiece of riches beyond the dreams of avarice splicing horror and thriller elements with startling effect at home in the world of business his images convincingly conveying the business world as if it were an entertainment industry Rory soon finding out that they belong to neither. AS