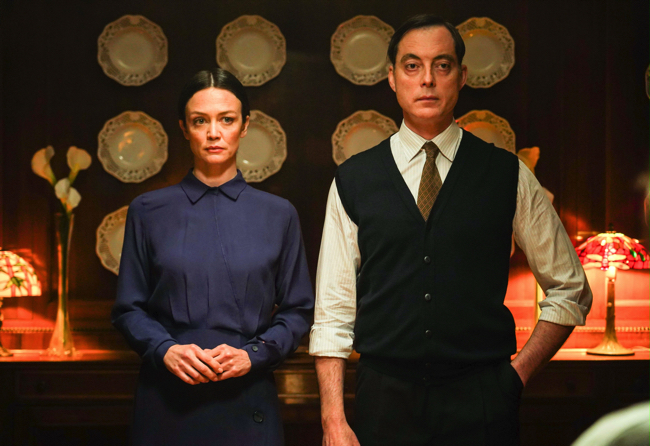 Roberto De Feo’s moody, Gothic chiller sees a mother’s obsession go to extremes with a sting in the tail not quite nasty enough to keep horror fans piqued.

In lakeside Torino De Feo establishes the brooding scenario that has all the tropes of classic horror fare. A dank and creaky old lakeside mansion is the grim home of these morose characters that come straight out of Lovecraft or Le Fanu. In a pre-title sequence we witness the death of the father in a tragic accident that leaves his son a paraplegic, and this is where 11-year-old sickly Samuel (Alexander Korovkin) now spends his days confined to a wheelchair, his draconian mother Elena (Francesca Cavallin) ruling with a rod of iron judging by the echoing sound design. A saturnine Dr Sebastian provides medical assistance, although there’s no sign of improvement in the boy’s condition. Samuel is miserable but resigned to his fate of running the family estate, until the arrival of a flirty new maid brightens this dour existence. Denise (Ginevra Francesconi) gives him the power to stand up to his mother -not literally, or course – but things start to look up, although Elena is clearly hiding more that a few skeletons in the closet. Occasionally raising a titter from the audience with its increasingly ludicrous narrative, this genre piece will doubtless find a cosy nest in the festival circuit.  MT