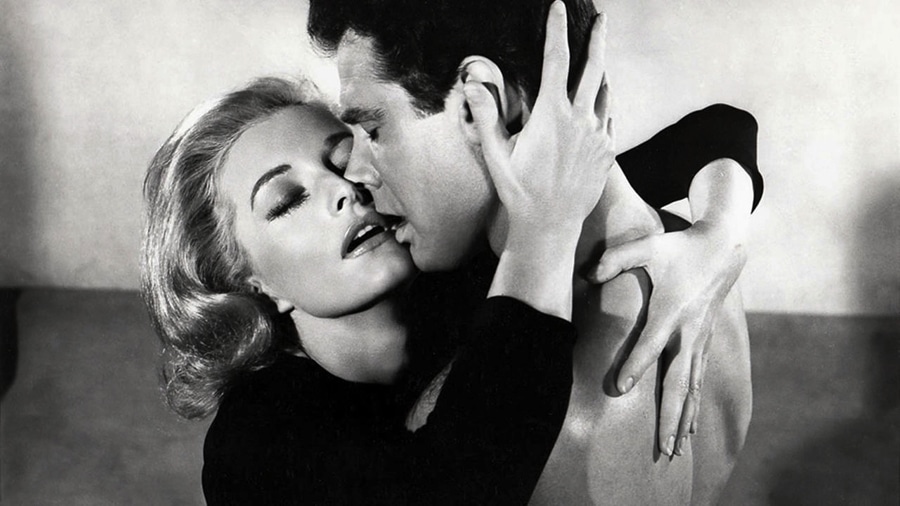 It was always hard to tell if Sam Fuller was pulling your leg or in earnest in his 1964 follow up to Shock Corridor another potent psychodrama. Female lead Constance Towers (who had recently featured in two productions for John Ford) is yet another otherwise little-known actress only fleetingly given the opportunity to show on screen just what she was capable of. As late as 1994 she still brought a glacial elegance to the role of a sophisticated older woman in an episode of ‘Frazier’, and as photographed by Stanley Cortez in Fuller’s last film in black & white, thirty years years earlier, she is amazing; entirely worthy of Cortez’s previous collaborations with Orson Welles & Charles Laughton. The Naked Kiss resembles a silent film, and parts of it an underground film of the 1970s; (and like them the supporting cast includes a former silent star, in this case in the form of Betty Bronson, who forty years earlier had played Peter Pan).

The Naked Kiss continues to divide the relatively small number of those who have actually seen it. Some consider it a masterpiece, others an utter bore. That said, it remains ahead of its time while exuding retro glamour (especially when Virginia Grey turns up in a beehive and business suit playing a madam). Rejected by the British Board of Film Censors in 1964 it would probably continue to encounter censorship problems today. @RichardChatten