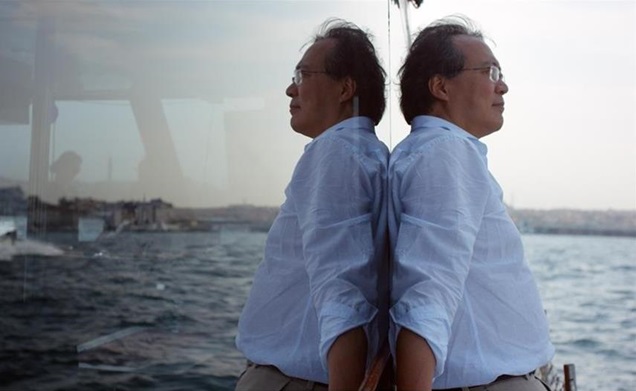 A motley crew teams with Yo-Yo Ma in a bid to foster cross-cultural connectivity in another highly enjoyable documentary from Best of Enemies director Morgan Neville. For those new to Yo-Yo Ma, he is a proponent of Western classical music but here takes time out with the Silk Road Ensemble, a group of storytelling troubadours who co-create art, performance and ideas.

But first Neville sketches out a brief introduction to Ma, a Chinese American who was born in Paris in the ’50s and accidentally discovered his musical talent for cello during his childhood when he met the conductor Leonard Bernstein. The cello prodigy then developed his musical style collaborating with such luminaries as John Williams, Stephane Grappelli and Bobby McFerrin. Inventiveness is clearly the challenge for Ma who wanted to be more than ‘just’ a cellist and when he got together with the Silk Road Project, his creative juices continued to flow and percolate through their rich river of musical styles and influences from Italy to the Middle East culminating in their first experimental concert at Tanglewood in 2000.

Concentrating on the more eclectic members of the group and their newsworthy backgrounds of political upheaval and migration, Neville never really explores their musical genesis. Wu Man who plays the Chinese pipa; Iranian Kayhan Kalhor; the kamancheh – a stringed instrument – and Syrian clarinetist Kinan Azmeh are amongst the collaborators whose stories are explored in greater depth but the nature and origin of their instruments is a subject for a more thorough musical doc.

The most moving story is that of Kalhor’s who was forced to flee Iran nearly a decade ago despite his desire to remain  in his homeland. Live music also features in Neville’s film and we are entertained by a variety of upbeat songs and more poignant fare. Clearly this is a heartwarming collaboration that will go from strength to strength, forging new links that transcend those of race or nationality. MT

SCREENING AT CURZONCINEMAS.COM FROM 18 NOVEMBER | REVIEWED AT BERLINALE 2016