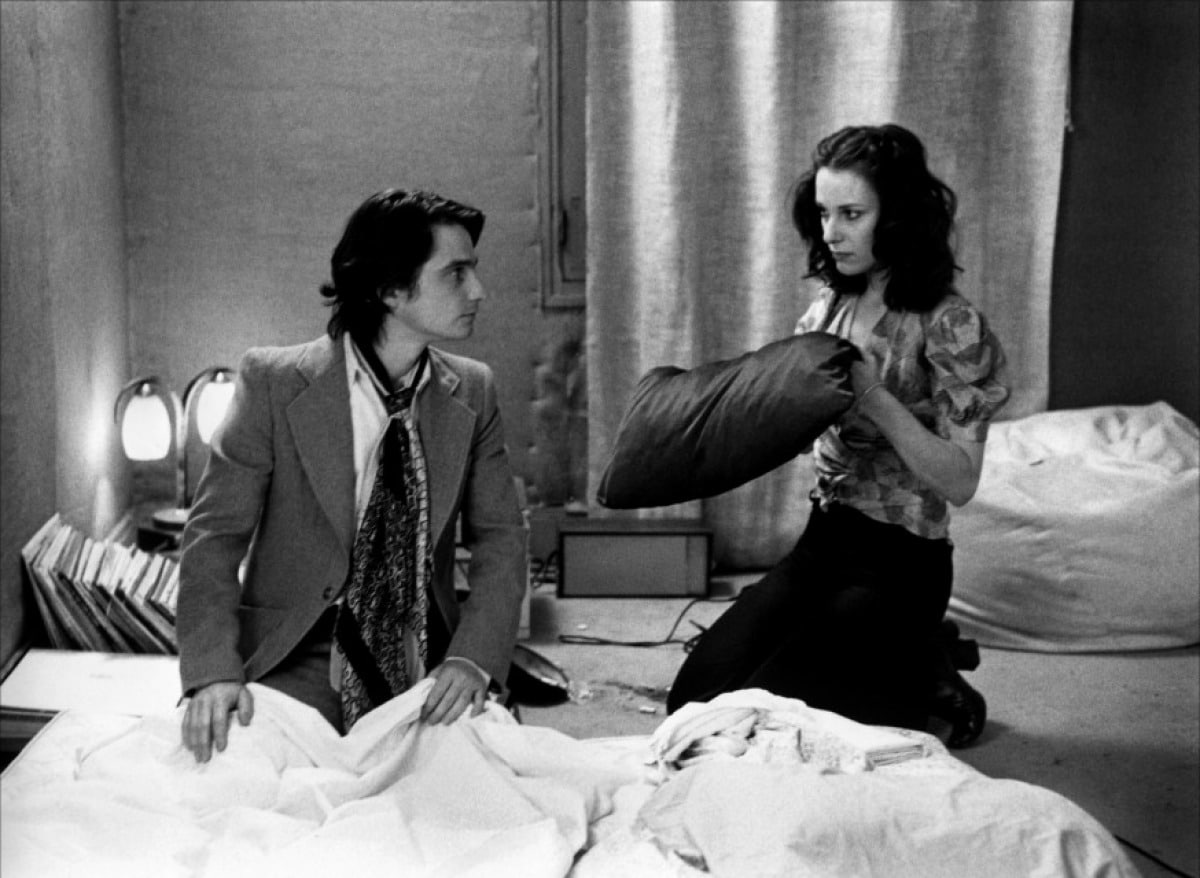 Three Parisians drink, smoke, copulate and talk, and talk, copulate, smoke and drink for three and a half hours. Much of the talk (in very basic language) is also about copulation, but, being an art movie from that brief, long ago idyll between the introduction of the Pill and before AIDS, no one actually seems to derive much pleasure from all this joyless rutting. For anyone whose first language is not French, keeping up with the subtitles is a daunting challenge throughout.

Jean-Pierre Léaud plays his usual self-centred, garrulous perpetual adolescent, and Bernadette Lafont disappointingly gets a fraction of the screen time of the other two corners of this particular triangle. Shot by Pierre Lhomme in what is presumably deliberately some of the ugliest black & white photography I’ve ever seen, it would be tempting to say that only in a movie could a prick like Alexandre find himself at the centre of a harem comprising two such formidable and willing females. But that, alas, is one aspect of the film that rings only too true. @RichardChatten