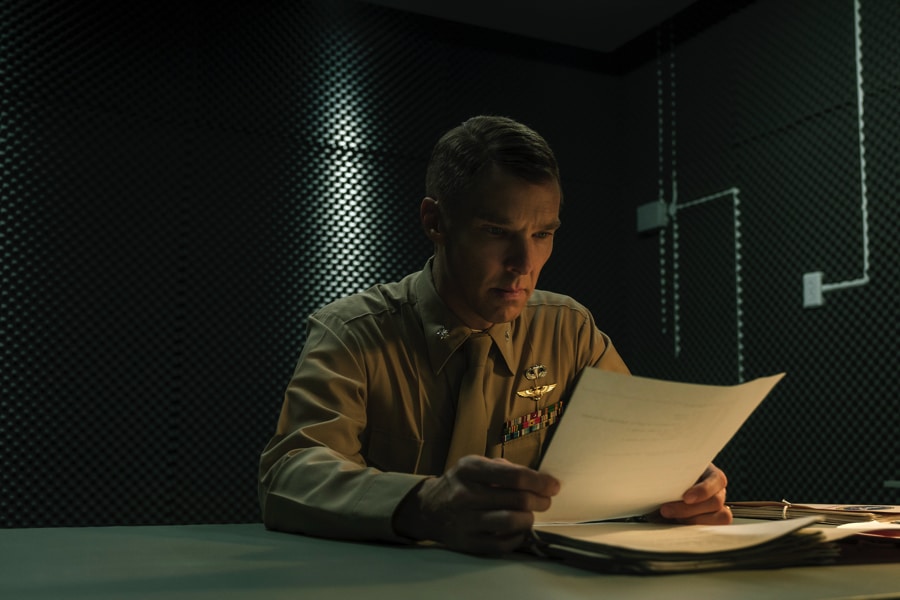 Tahar Rahim plays a longtime Guantánamo Bay detainee accused of masterminding 9/11, in Kevin Mcdonald’s worthy biopic, based on the memoirs of one Mohamedou Ould Slahi – aka The Mauritanian.

The film’s opening scenes unfold in an exotic North African desert location where a tented wedding ceremony is reaching its climax. But not for the white-robed Slahi (Rahim) who is whisked away and later brutally tortured in scenes of extreme violence, after his incarceration. Next we meet ‘no nonsense’ lawyer Nancy Hollander (Jodie Foster) tasked with batting for Slahi in his habeas corpus case, after he fails to be charged or given a trial. Her opponent in the ensuing courtroom potboiler is prosecutor Stuart Couch (Cumberbatch rocking a Louisiana accent is the highpoint of the film) and they make a formidable pair investigating what really happened to Slahi in the infamous prison. Denis Menochet, Shailene Woodley and Zachery Levi offer strong support but feel sadly underused in the scheme of things.

There’s incendiary dramatic potential here, and considerable humanitarian clout – not to mention a fabulous cast – and some swanky locations: New York, Cape Town and Mauritania itself – but somehow Macdonald delivers and underwhelming thriller whose finger-wagging script is so focused on the parlous state of US Democracy it starts to feel preachy rather than powerful in convincing us to care about those affected, particularly Slahi himself. And he comes across – mostly in flashback – as rather a glib character which is disappointing considering his stunning track record in a variety of roles. MT