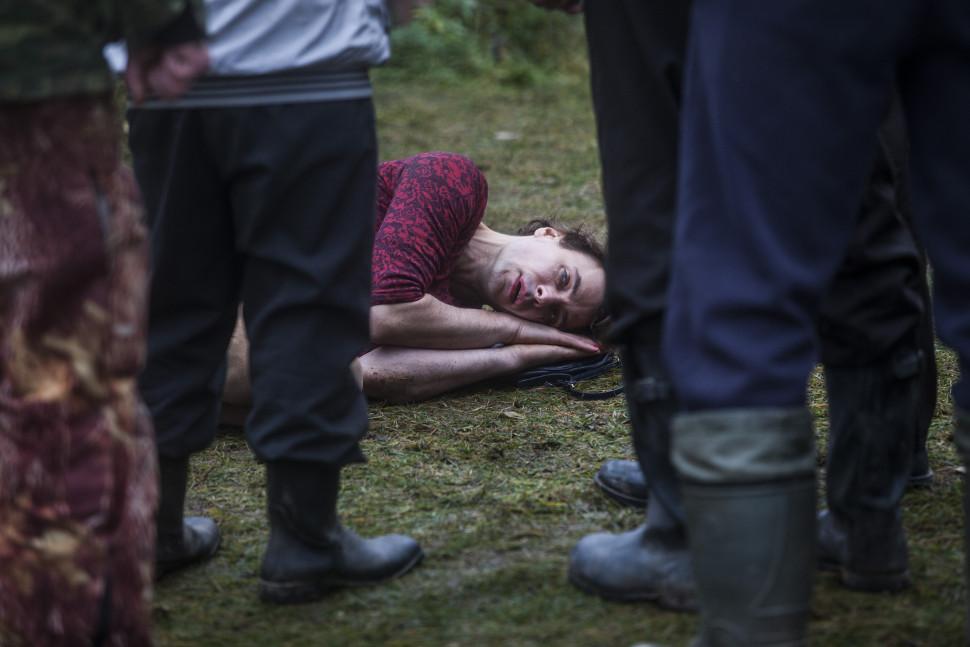 LGBT issues are still viewed with hostility back home in Russia but the leads are completely convincing in their subtlely nuanced and solemn portrayal of a modern couple coping with extremely challenging conditions in a remote rural outpost.

Egor is a respectable family man who we first meet navigating his boat along the Siberian Taiga where he works as a forest ranger looking out for poachers. He and his wife Natalia are expecting their second child when Egor discovers he has terminal cancer but keeps his wife in the dark about his imminent death. But this is not the only secret the thoughtful middle-aged man harbours, and the filmmakers gradually draw us in establishing the couple’s joint and several feelings of joy for her, and mounting grief and unease for him: Egor must bear alone the double burden of his cancer trauma and his nascent sexual yearnings that will certainly require his wife’s forbearance. When he tells Natasha she persuades Egor to seek further help in looking for a cure. But no traditional medicine or shamanic magic can save him. Finally, left with no other option, he makes a desperate attempt to escape the reality of his death by channelling his feelings into self-identifying as a woman with initial alarm to his close community, followed by anger, disbelief and acceptance by Natasha, and we feel for both of them. His family and the local society now have to accept his new self.

Moody rain-soaked settings and subdued interiors add to the feeling of angst and quiet desperation as the couple struggle on trapped by poverty and Natasha’s ageing and ailing father in a scenario that will be feel familiar to many.

This is a grim and provocatively complex tale that needs clever handling and one that could have gone severely awry with disastrous consequences without the skill of a competent directing team. But instead clever scripting, skilful handling of the complex issues at stake and sensitive performances make for an absorbing feature and one with considerable dramatic heft as we wait for the startling denouement that requires a certain leap of faith but one that feels plausible and satisfying in the circumstances.MT