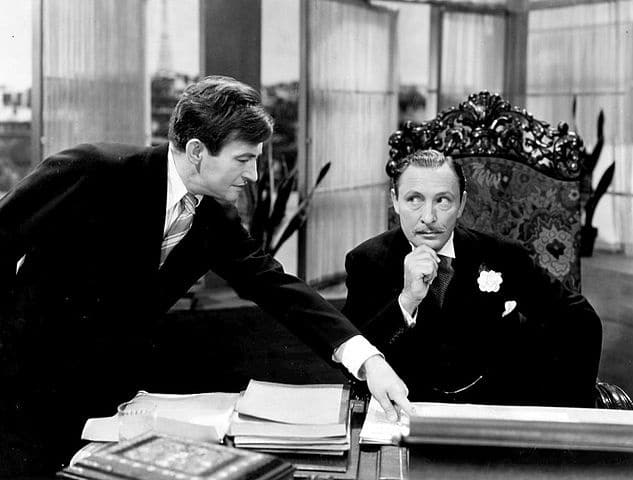 The few people likely to be familiar with this title today will probably already know enough of the plot to be aware of the spectacular final retribution taken by Claude Rains against Lionel Atwill and assume that it was a follow up to Rains’ auspicious talkie film debut the year before as Universal’s new horror star in the title role of The Invisible Man. 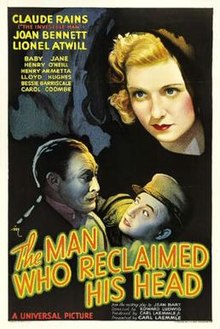 However, Rains had already played the role on Broadway – under that title – the year before he made The Invisible Man, and the film is actually a very thirties pacifist diatribe (albeit garnished with an eye-catching title and plot gimmick) set in France just before and during the first year of The Great War.

No attempt seems to have been made to dress the cast convincingly in period attire, probably to heighten its topicality to the troubled 1930s, when fear of lethal new weapons ran hand in hand with munitions manufacturers in wing collars rubbing their hands with poorly concealed glee at the prospect of the vast fortunes to be made out of another war.