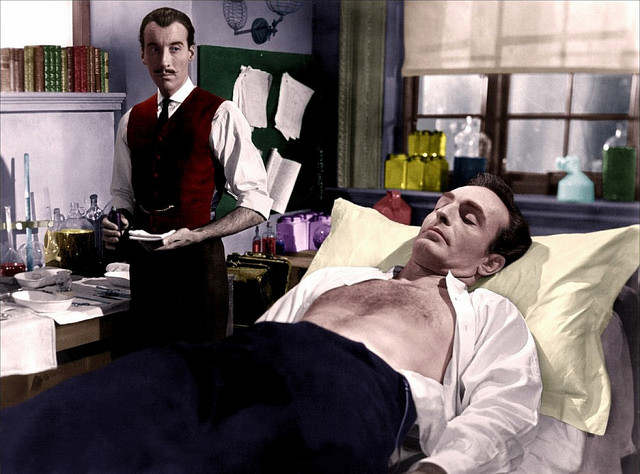 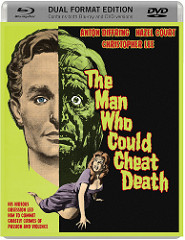 Tall, moustachioed and dapper, the 37-year-old dressed elegantly in a black dinner jacket is none other than Christopher Lee in his fourth collaboration with Terence Fisher. Lee stars alongside another Horror legend Hazel Court, in this classic spine-chiller from Hammer Studios from 1959. It also has Anton Diffring as Dr. Georges Bonnet, a mad scientist caught up in an obsession for eternal life. His macabre project needs the glands of living humans, and he’s looking for a partner in crime, a willing partner.. Slow-burning yet vibrantly crafted in true Hammer Horror style, there are some grotesque set pieces – particularly the final meltdown scene where Arnold Marié transforms into a horrific mummy-like creature before burning to death. This isn’t Terry’s best film: Christopher Lee is the main reason to watch the late fifties Hammer outing – he is captivating in a story that could have been more gripping, despite being scripted by the fantastically-named Barré Lyndon. Still worth it for the amazing costumes, lighting and special effects. MT