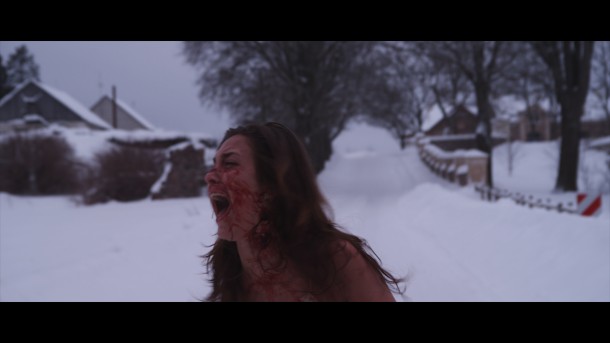 Although Latvian cinema is not well-known, one of the legendary directors, Sergei Eisenstein (Ivan The Terrible) was born in Latvia when it was still part of the Russian Empire and the first Latvian feature film, Lacplesis, was released in 1930. After the Soviet occupation of Latvia in 1940, Vilis Lapenieks (The Fisherman’s Son) became an internationally-acclaimed director and during this time the cinema was mainly a propaganda tool to depict the benefits of Sovietism. During the fifties, artistic expression flourished with increased funded from Goskino, the Soviet State Committee for Cinematography and after the country’s independence in 1991, the most successful directors were Janis Streics, Janis Putnins, Viesturs Kairiss and Laila Pakalnina, a winner of several international awards at Cannes ‘Un Certain Regard’ in 1998 for Kurpe (The Shoes) and a contender for the Berlinale ‘Golden Bear’ in 2006 for short film Udens (The Water).

With its pared-down minimalism and finely tined moments of cognitive dissonance The Man In The Orange Jacket is a promising if chilling introduction to contemporary Latvian cult horror from Armenian-born director, Aik Karapetian. In a vast shipyard somewhere along the Baltic coast, a wealthy shipyard owner has just made 200 workers redundant. But one of his victims is unwilling to accept his fate. Tracking down his former boss to his extenuative and beautifully furnished country mansion, he sadistically murders him and his young girlfriend within minutes of the opening titles. Setting up residence in the villa he then assumes the lifestyles of its unfortunate owner, wearing his clothes and enjoying his wine cellar and pantry. With minimal dialogue, slow motion sequences and a atmospheric soundtrack that’s both brooding and blood-curdling, Karapetian evokes a ambience of unsettling terror as the murderer descends into a world of paranoia, hovering between reality and a dreamlike demi-monde where he consorts with prostitutes, imagines sightings of a man in an orange jacket across and frozen lake and receives a visit from one of his victim’s business colleagues.

Despite the its well-worn horror tropes, this is a slick and well-crafted debut with some suggestive visual compositions and inventive touches particularly with sound: the gurgling of a woman drowning in her own blood is particularly evocative. Newcomer Maxim Lazarev gives a capable turn as the baby-faced psychopath in a thriller that combines elements of mystery, horror and cult cinema.