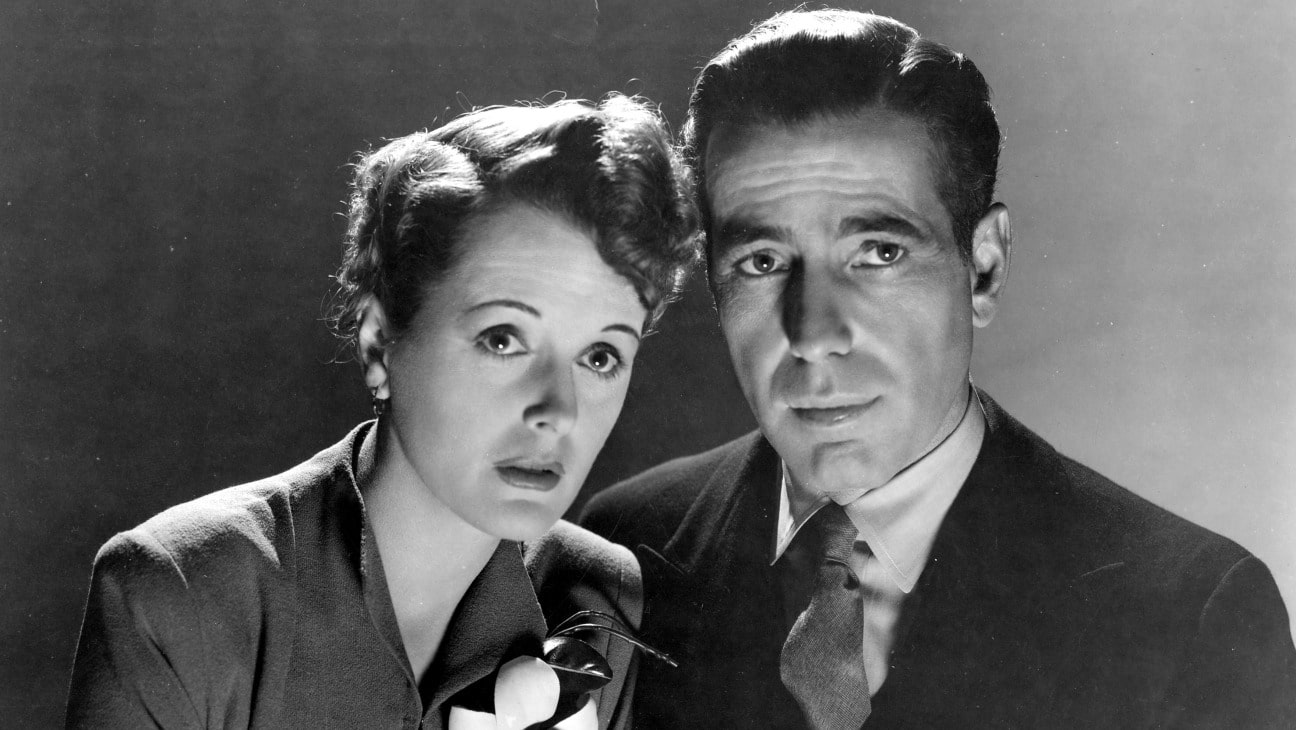 The second film adaptation of Dashiell Hammett’s novel ‘The Maltese Falcon’, which was serialised in the ‘Black Mask’ before being published by Knopf in 1930, became a corner-stone of a new sub-genre: the Film Noir. Directed by debutant John Huston, who makes good use of Hammett’s dialogue in his analytical script, the star of the show is Humphrey Bogart who plays Private Eye, Sam Spade. With Peter Lorre and Sydney Greenstreet – the latter another newcomer at the rip of age of 61 – it made film history. John Huston would direct his most famous film The Asphalt Jungle nearly a decade later.

Partners Sam Spade (Bogart) and Miles Archer (Cowan) run a sleazy detective agency. One of their clients, the enigmatic Bridget O’Shaughness (Astor), using a false name, wants to track down a relative. The same night Archer is shot dead. The finger points at Spade due to his affair with Archer’s wife Iva (George). Spade and the widow are seen in a passionate embrace by ‘Girl Friday’ Effie Parine (Patrick). But it soon turns out that Bridget is one of four of crooks on the hunt for the titular Maltese Falcon, a bird emblazoned with priceless jewels. Bridget had shot Archer to get rid of a fifth bounty hunter, Thursby, who is the number one suspect in the Archer murder case. Kaspar Gutman (Greenstreet) leads the hunt for the bird, aided and abetted by his minions Joel Cairo (Lorre) and Wilmer Cook (Elisha Cook Jr) who are subjected to Spade’s robustness on more than one occasion. In the end, the Falcon turns out to be a fake, and the three men land in prison. But the worst fate awaits Bridget, Spade following head before heart in giving her up to the police: “You might get away with twenty years, I’ll wait for you. If they hang you, I will never forget you”.

Warner Brothers had first asked George Raft to play Spade, but the big star was not keen to put his reputation on the line with a newcomer like Huston. Greenstreet and Lorre would act together in nine more features, Bogart occasionally joining them. The highlight for DoP Arthur Edeson, who shot Casablanca, is a seven-minute take in a hotel room the highlight, shot over two days. But the feature belongs to Bogart: a violent detective, cynical womaniser, and crass opportunist in a nest of vipers. AS

ON RELEASE from Friday 17th September | IN UK CINEMAS NATIONWIDE