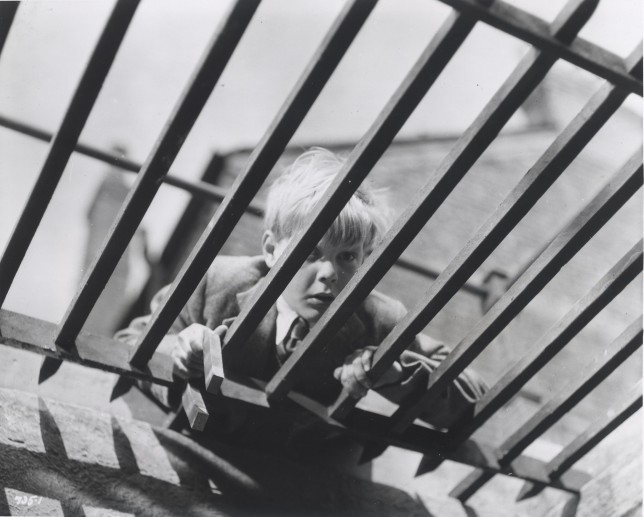 THE MAGNET director Charles Frend was not as synonomous with Ealing Studi0s as its other directors: Charlie Crichton, Alexander Mackendrick and Robert Hamer. After working with British Gaumont and MGM at Elstree, he went on to direct several prestigious classics Scott of the Antarctic and The Cruel Sea. But he was also capable of creating a wonderful English family intimacy in this light-hearted dramady’ which gave James Fox his first starring role, as a boy of 11. It showcases postwar Merseyside and the towns of New Brighton, Wallasey and Liverpool Cathedral, where in a brief glimpse of Neo-realism, Scouse boys (including a young Chinese immigré ) offer a vibrant slice of local colour, rendered through the crisp black and white visuals of Lionel Banes’s cinematography.

James Fox plays Johnny Brent, a lively and imaginative kid who lives in a smart, double-fronted house with his parents, kindly psychiatrist Dr Brent (a smooth Stephen Murray) and elegant housewife Mrs Brent (Kay Walsh who had just divorced David Lean). Off school with Scarlet Fever, Johnny cons a younger boy out of a magnet on the beach. Feeling guilty, he then ends up being accused by the Police of using it to cheat on a pinball machine. But when he meets an iron-lung maker (an early form of life-support machine) who is raising funds for the local hospital, he hands over the magnet as a potential auction prize. In the meantime, Johnny overhears a conversation which leads him to believe the boy he ‘robbed’ has died of a broken-heart and, in his vivid imagination, he becomes convinced that he is guilty of murder. After accidentally absconding in a “Jacob’s Cracker” van (wonderful product placement) he meets some local boys on the other side of the Mersey and ends up rescuing one of them in a satisfying finale to this feel-good ‘boy’s own’ outing. There is also a more serious strand to the story, told through a coming of age twist involving Johnny’s psychiatrist father attempting to analyse his boy’s transformation to a young adult. In an uncredited cameo role, a then Parliamentary candidate and actor, James Robertson Justice, plays a local tramp with cheeky verve.

T E B Clarke (Tibby) wrote the script in between his more successful hits, crime drama, The Blue Lamp (an early example of social realism) and The Lavender Hill Mob, a mainstream comedy success. Nevertheless, THE MAGNET, is a delightful film that deserves to stand out in the Ealing cannon, epitomising a certain discreet charm that was England in the early fifties. MT

OUT ON DVD FROM 19 JUNE COURTESY OF STUDIOCANAL