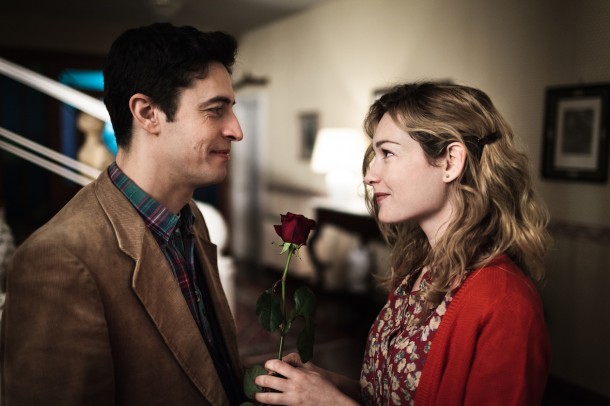 An appealing rom-com that races irreverently and at breakneck speed through the director’s imagined family story, growing up in a sixties Palermo as Arturo. But beneath its sunny exterior lies a dark indictment of Mafia violence throughout Sicily. THE MAFIA KILLS ONLY IN SUMMER is the big screen debut of popular Italian household name, Pierfrancesco Diliberto  or “Pif” as he’s best known to his fans. He also wrote and produced the title which won the audience award at Turin Film Festival in 2014.

According to the story, told mostly in flashback, Diliberto’s birth coincides with the election of a famous anti-Mafia mayor, Vito Ciancimino and a mass execution by the legendary clan. Played cheekily as a young boy by Alex Bisconti, and later by the director himself, Arturo develops a keen interest in Mafia-linked PM Giulio Andreotti, obsessing over his biopic (Il DIVO by Paolo Sorrentino) and even going as the PM to a kid’s fancy dress party. During this time, he also develops a shine for his  a little girl called Flora (Ginevra Antona).

His childhood it full of chance meetings with anti-Mafia heroes in Italian society who all end up victims of the deadly organisation – magistrates Giovanni Falcome and Paolo Borsellino and General Carlo Alberto Dalla Chiesa. Eventually in his twenties, Arturo wises up to the corrupt criminal underbelly in his hometown of Palermo and his drama ends on a triumphant note in tribute to all those who have lost their lives as innocent victims of the Mafia’s treachery. Deftly intertwining fact and fiction by a skilful blending of archive footage and actual staging: the upshot is an entertaining if slightly slapstick story with the same cheerful charisma as Roberto Benigni’s LIFE IS BEAUTIFUL.

Significantly Diliberto has declined to pay protection taxes to the Mafia, in line with the Addiopizzo policy adopted by a group of Italian businesses. Let’s hope he’s stays around to bring more of this kind of cinema to arthouse audiences.

OUT ON RELEASE IN LIMITED ARTHOUSE CINEMAS FROM 1 JULY 2016