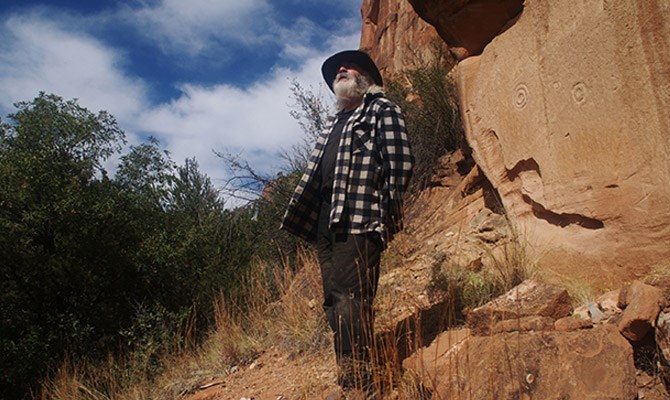 In 1988 an eccentric millionaire purportedly buried a chest containing gold worth around $3 million somewhere in the Rocky Mountains, tempting a trail of fortune-seekers into the region but also spawning a new genre of guidebooks offering advice on how to embark on a treasure hunt, based on the original written by the man himself, one Forrest Fenn.

Tomas Leach’s rambling documentary sets out to explore the excitement surrounding the hidden bounty and inadvertently gets caught up in the intrigue generated by a man who had always dreamt of discovering treasure, but ironically survived the ‘fatal’ cancer scare that had made him bury the gold in the first place.

This is a documentary that perfectly exemplifies the phrase “thrill of the chase” where the journey is always more exciting than the destination. And predictably, many of those that feature here have come for the satisfaction of solving the puzzle rather than the hope of actually finding the spoils, One man claims he would be happy just to uncover the pot of gold and then rebury it again. Others claim that the hike to the Rockies has given their lives meaning or even helped them overcome trauma and life-changing ailments.

But it’s not all good. The lure of the gold has led to one loss of life, and several hunters have gone missing during their trek which has so far tempted 65,000 to the mountain range. THE LURE brings to mind several other treasure-seeking titles: Thomas Arslan’s drama GOLD (2013) sees a bunch of German  come to no good in the 1898 Klondike Gold Rush, and KOMIKO, THE TREASURE HUNTER (2014) throws up surprisingly dark comedy elements associated with a woman’s search for hidden loot.

Fenn meanwhile, having survived cancer is still getting off on the furore surrounding his mountain bounty hunt; teasing prospectors with cryptic answers to their desperate search for clues. Will he ever take the money back into his own possession or is he a closet philanthropist hoping for a worthy recipient of his stash? Despite the saggy narrative structure, THE LURE offers plenty of food for thought and some staggering landscapes courtesy of Leach’s camerawork. You may even decide to have a crack at that pot of gold yourselves. MT