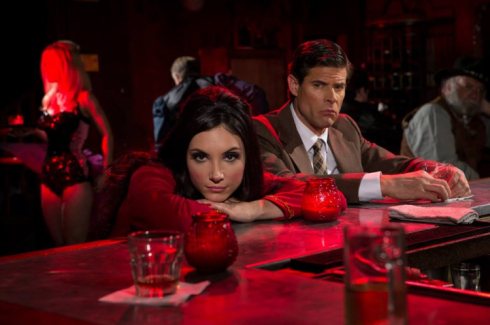 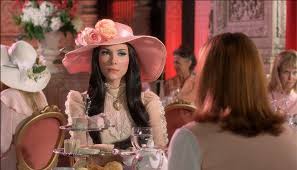 Anyone who enjoyed TVs Bewitched will appreciate this hyperrealist technicolour drama where the harmless Elizabeth Montgomery is replaced by a mysterious modern day minx who mixes potions and plots to make men fall in love with her, forever. Elaine (Samantha Robinson) is gorgeously winsome and perfectly poised until she retreats behind closed doors to a boudoir bursting with lurid love games and sexy underwear and where she shamelessly seduces her prey leaving a trail of dying and distraught menfolk wondering what on earth happened. Anna Biller’s clever script has nailed men’s egos to a cross and brazenly exposed their deepest anxieties of losing control, falling in love and ‘drowning in the oestrogen’ of their new found perfect playmate. Set in an imagined kitsch community in 1960s California, there’s also a whiff of Chaucer’s Friar’s Tale and Polanski’s Fearless Vampire Killers to Biller’s dark and mocking humour which also has a pop at women folk and their machiavellian ways when it comes to romance. Weird and possibly the most watchable satire you’ll see this week. A cameo from the wonderful Agnes Moorehead would have been the icing on the cake. MT