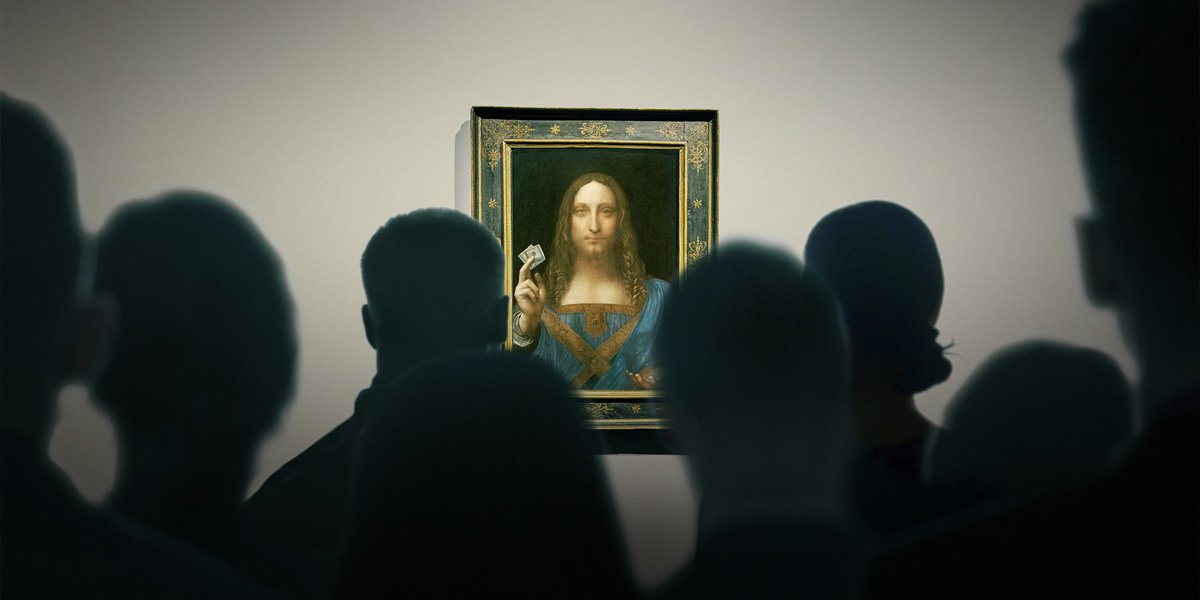 This year’s Tribeca Film Festival offers a treat for art lovers, especially those following the fortunes of “The Salvator Mundi”. Not just one but two documentaries explore the buzz surrounding the most expensive painting ever sold (at $450 million), claimed to be the work of the legendary artist Leonardo Da Vinci.

The Lost `Leonardo goes behind closed doors to dish the dirt on this ‘civilisational masterpiece’. Whereas Antoine Vitkine’s The Savior for Sale (2021) took a jaunty thriller approach to the picture’s authenticity and provenance, and its journey to acquiring that stratospheric price tag, the Danish director Andreas Koefoed takes a deep dive into the artful world world of art marketing and explores possible outcomes for the work which disappeared after being brought by a Saudi prince (surely a sacrilegious acquisition as Islam forbids any depiction of a prophet) and is now purportedly languishing in a secret location, or possibly back in the care of Yves Bouvier the world’s richest freeport owner.

Dividing into a series of Parts (I,II & III), the story is steeped in greed, one-upmanship and secrecy. The Lost Leonardo reveals how vested interests became all-important, and the painting itself almost secondary. Once again with almost the same players as Vitkine’s film, the story relies on a high profile array of compelling interviews illustrating how the work of art went from the discreet world of old masters to take on celebrity status as a ‘trophy piece’ thanks to Christie’s cunning marketing strategy. Bidders were required to transfer a percentage of the funds into a ‘goodwill’ sealed account to show their good intentions. And the bids came in thick and fast – possibly from entire countries rather than individuals, finally closing at $450 million.

But the fake tag still lingered. Art Critic Jerry Saltz was one of the painting’s main detractors, as was a stream of – mostly ignorant – twitter followers to the viral stream the Christie auction attracted. But the painting’s careful restorer Dianne Modestini stands by its authenticity, and Jean-Luc Martinez (president of the Louvre Museum) has confirmed it as a work by da Vinci in the museum’s catalogue.

As the documentary moves further away from the painting and its provenance, and more into the world of billionaires, it is revealed how vested interests are more relevant than the truth, in a film that studies each aspect of the art world and increasingly contemplates the religious, moral and ethical issues implicated by such a resonant painting.

A sinuous score by Sveinung Nygaard drives the story forward to the final – surprising – denouement in a film that is really more about social politics and one-up-manship than art history. MT