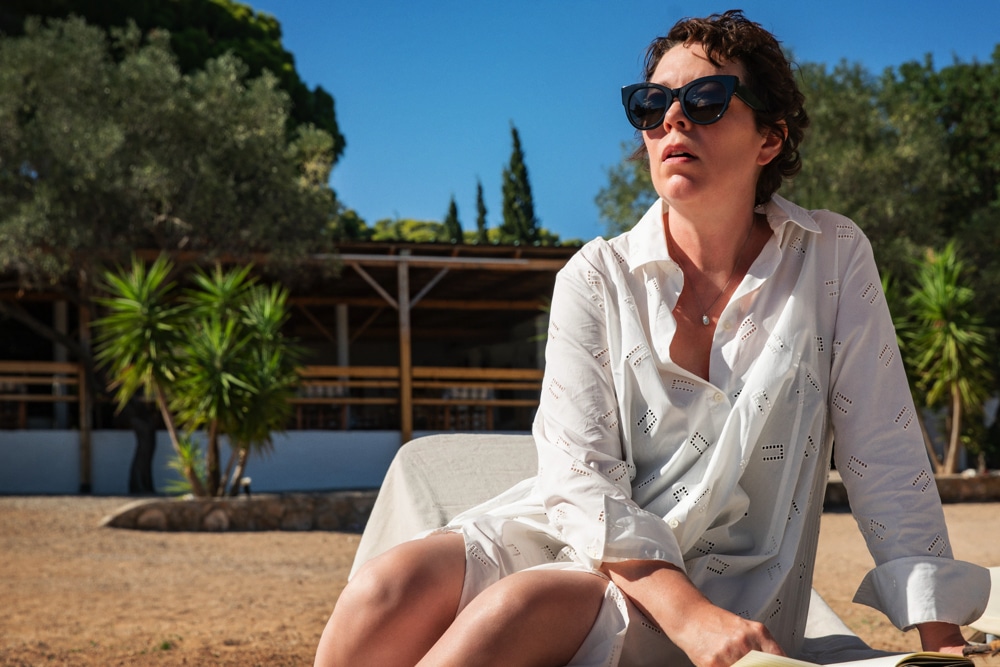 Olivia Colman reconnects with her past on a trip to the Greek Islands in Maggie Gyllenhaal’s first film as director.

Based on Elena Farrante’s novel, The Lost Daughter makes for a fraught psychological drama graced by another gripping performance from Colman as Leda Caruso, a professor of Italian literature looking for seclusion on a working holiday.

Not quite as brittle as Charlotte Rampling in The Swimming Pool but just as redoubtable and mesmerising, Colman’s warm smile melts to reveal a passionate determination as an academic and mother of two grown-up daughters, openly confessing that her maternal instincts were secondary to her desire for self realisation

The peace of her the secluded beach near her holiday home (rented from Ed Harris) is soon shattered by the arrival of a raucous bunch of New Yorkers from Queens whose apparent parental dysfunction mirrors Leda’s own, the reflection on the past gradually destabilising her tranquility as anxiety drifts into this newfound idyll.

Olivia Colman brings all the subtleties of age and experience to her richly complex role. Voluble when the occasion arises, she mostly keeps to herself but is increasingly drawn in by the antics of her American neighbours: the young mother Nina (Johnson) soon becoming the focus of her fascination. And Nina copes with a clingy toddler, memories of Leda’s own experiences flood back as the film plays out in a series of flashbacks fleshing out her past, Jessie Buckley playing her younger self.

Stifled by the heat and buzzing insects and hemmed in by her American interlopers Leda’s working holiday soon descends into anguish heightened by the sudden disappearance of Nina’s daughter, and her much loved doll. Leda joins the search party eventually finding the girl but keeping her doll to satisfy some unexplained maternal urge which fuels the final prt of the film as some visceral recollections of the past creep back: an early marriage, kids arriving too soon and disrupting her glittering career, precipitating her into romantic indiscretion and divorce.

Gyllenhaal’s assured direction and well-modulated narrative explores some dark nights of the soul but it’s Colman who brings it all together in an incendiary performance full of mercurial moments as well as measured maturity that keeps the hatches battened down in this stormy story about love, attraction and personal satisfaction. MT