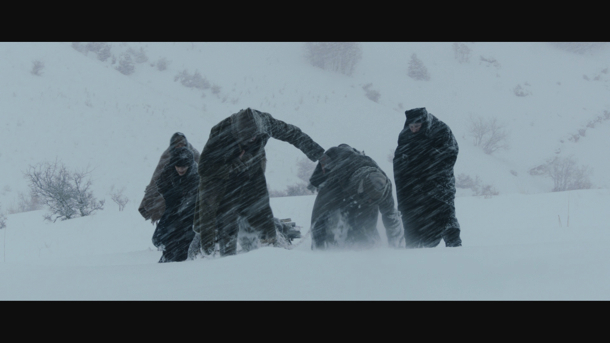 Alphan Eseli’s debut film THE LONG WAY HOME, a gruelling masterpiece centring on the aftermath of the battle of Sarikamis in Eastern Anatolia, in which 90, 000 Turkish soldiers were killed in the WWI battle with Russian soldiers in 1915. Eseli’s heart-felt narrative is based on long stories which his late Grandfather (a survivor of said battle) told him when he was a child. The film is dedicated to him. 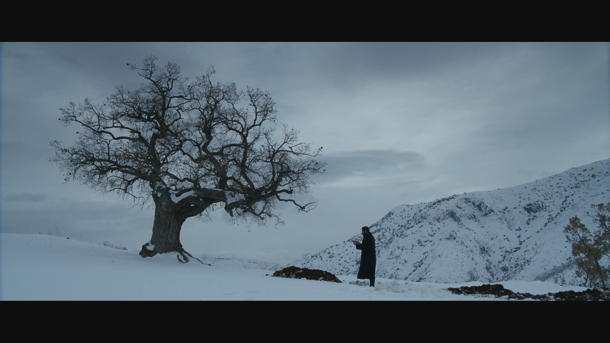 Long panoramic shots open over a snowy landscape: a man tries to coax a horse pulling a carriage up a mountain, but the horse expires of exhaustion. A symbolic beginning to a film which will test the audience’s sensitivity to the limit – and sometimes beyond. The man mentioned is Saci Bey, an officer wearing civilians. He is trying to find a way to the city of Erzerum, where he is to deliver Gul Hanim and her daughter Nihan (relatives of a high ranking politician) to the authorities. The trio is forced to continue on foot and Saci Bey, always the gentleman, carries the girl for long periods of their arduous snowbound trecks. When all seems lost, they reach a village which has been set on fire and hide in one of few habitable places. Later they are joined by Coban Ali, who survived the plundering of the village, and a teenage girl from a neighbouring village. 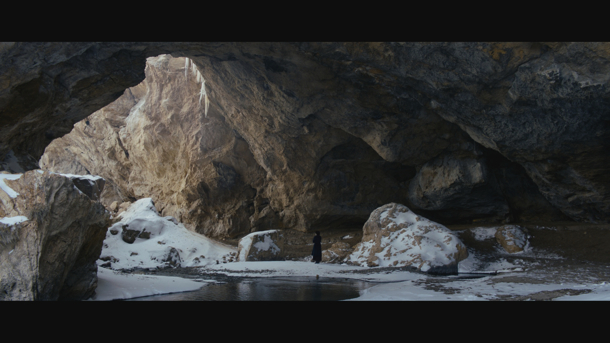 After the glaring shots of endless snow the images change to a claustrophobic existence, only a meagre fire lightens the room where the survivors huddle. Hunger is the worst enemy, and Coban Ali tries to convince Saci Bey to start the walk to Erzerum. But the officer is reluctant: he once lost his soldiers, because he didn’t prepare them for a snow battle. The class distinction between villagers and the three members of the upper-class are subtle but always obvious, especially when Nihan gives the peasant girl her gloves, and Coban Ali reprimands her “for having airs, because the lady gave you gloves”.

The modus vivendi is eventually disrupted when two soldiers arrive with a dying officer. One of the soldiers kills the officer and this mood of nihilism makes way for  the delirious finale where Nisan’s mother is forced to into the mêlée.

Eseli’s camerawork is impressive and the outdoor scenes are lively, the long panning shots always broken up with intimate POVs. The haunting music is by Mihaly Vig, a regular composer for Bela Tarr. The Long Way Home is a gruelling drama but Eseli never resorts to pure realism, creating a poetic disturbing atmosphere. AS