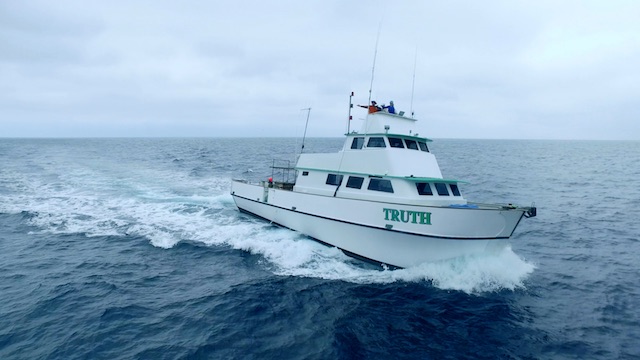 A stunningly photographed eco documentary that sets out to track the largest and most lonesome sea mammal, accidentally discovered through naval sonar during Cold War reconnaissance in 1989.

The whale – known as 52 for its unique-to-whale frequency of 52 hertz – has never actually been seen by a human being but marine mammal bioacoustics specialist William Watkins determined to put ‘a face to a name’. He searched for the creature for over a decade after its calls went unanswered suggesting it could be the only one of its kind.

The New York Times picked up the story in 2004 and it captured the public imagination with its relatable tale of loneliness and romantic disillusionment for a loveless creature travelling the vast oceans desperate to find a mate. Documentarian Joshua Zeman was also intrigued and got together with the team of marine specialists determined to find answers in a voyage of discovery that would be a drop in the ocean towards uncovering another of nature’s mysteries. MT