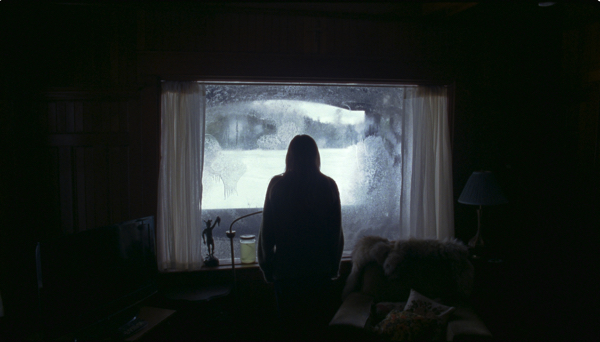 After their maternal-themed horror story Goodnight Mummy, Austrian auteurs Veronika Franz and Severin Fiala spread their wings for pastures new, namely Colorado, where mothers are once again the theme in this English-language debut. The Lodge, sees another pair of siblings ensconced in a remote cabin in the mountains after the tragic death of their mother. This time there is a Daddy, a rather insensitive one who forces them to get to know their new stepmother at close quarters in the run up to the Christmas holidays in this unsettling but ultimately rather repetitive repentance thriller.

Riley Keough and Alicia Silverstone are convincing as the mothers in question, and the kids, particularly young Jaeden Martell is outstanding as the traumatised adolescent son. The Lodge gets off to a chilling start in its pristine post-modernist setting but the directors then drift into difficulties in the final segment of this stunning-looking genre thriller when they simply don’t know how to bring the saga to a close.

It all starts with the camera panning through the sleek timber-lined interiors of a chalet which turns out to be the kids’ dolls house in their chic clinical family home in DC, We saw this forbidding ploy recently in Hereditary, but it still works a treat. Alicia Silverstone plays a very smilier role to that of Susanne Wuest in Goodnight Mommy – a fastidious woman scorned by her husband and left to contemplate the future with dread. While Wuest takes control of the situation with some cosmetic surgery, Silverstone here takes more drastic measures.

The shocking scene that follows is pivotal to the plot. Teenage Aiden (Martell) and his younger sister Mia (Lia McHugh) then refuse to cooperate with their father’s (Armitage) attempts to play happy families by taking them off to the mountains with his new girlfriend Grace (Keough) who was once one of his patients. As Aiden puts it simply “Dad, you left Mum for a psychopath”. The die is cast. It soon emerges he met Grace while writing a book about evangelical religious cults and she was very much a victim. But in the end they all set off to their showy holiday home, Richard then retuning to work, leaving them to get to know each other in the days up to Christmas, but not before a dreadful accident sets our nerves jangling for what is to follow.

The directors have finessed their finely-tuned horror tropes to perfection. Beautifully crafted religious icons, chiselled artefacts and handmade toys make this an elegantly haunting horror outing. Co-written with Sergio Casci the script leaves plenty to the imagination and keeps us guessing with a suggestive, uncertain plot line that gradually loses the plot and becomes more and more aimless. Despite this The Lodge is enjoyable and full of interesting ideas. MT