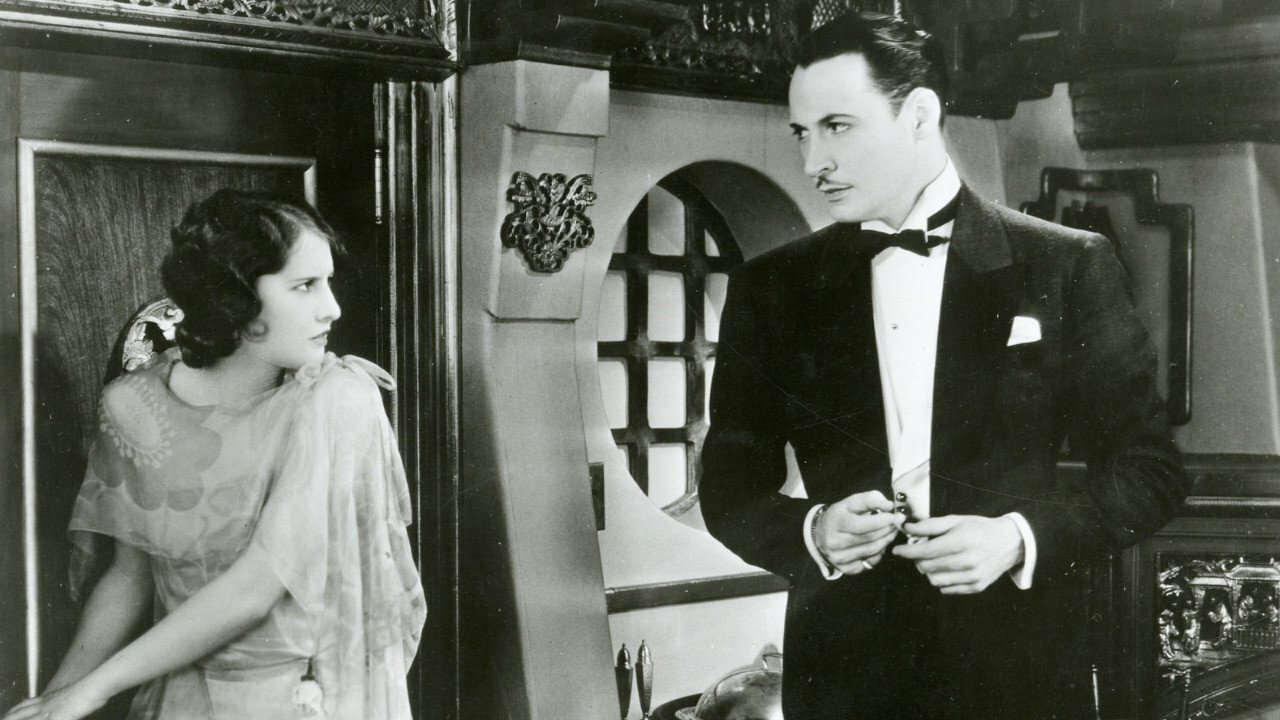 Don’t be taken in by the rollicking opening sequence full of sweeping pans and tracks and hard-boiled dialogue set in an offshore speakeasy; the remaining hour (with one exception, which I shall come to) is strictly canned theatre.

Based on Channing Pollock’s 1919 Broadway play ‘The Sign on the Door’, already filmed with Norma Talmadge under its original title in 1921 (a print of which happily survives in the Library of Congress), there are actually two locked doors in this production, both of them central to the plot.

Locked door number one is on board the boat when slimy lounge lizard Frank Devereaux (Rod la Rocque) pockets the key to the door of the cabin he has taken Ann Carter (Barbara Stanwyck in her first credited screen role) downstairs to for lunch all the better to force his attentions upon her when it’s time for desert. Locked door number two prevents Ann from making a discreet exit from the hotel room where she sees Devereaux deservedly shot 18 months later; and it’s at this point that the need on her part to improvise a plausible explanation for her presence there alone with Devereaux’s body brings the film briefly to life.

The settings are handsomely designed by William Cameron Menzies, but after the opening sequence cameraman Ray June’s only other opportunity to add a little atmosphere to the proceedings comes with the noirish lighting of the darkened apartment after Devereaux’s shooting. And when the lights go back on and the talk resumes, the interest dissipates again.

This film is only remembered today as the talkie debut of the great Barbara Stanwyck; but for devotees of silent cinema there is also the bonus of Mack Swain and Zazu Pitts as the manager and telephonist of the hotel where the final leg of the film takes place. Harry Stubbs’ amusing turn as the obtrusive waiter on the boat, however, has been surprisingly little remarked upon by previous reviewers, particularly considering the revelation about his character that comes late in the film, which probably worked better on stage than here under director George Fitzmaurice’s pedestrian guidance. @RichardChatten