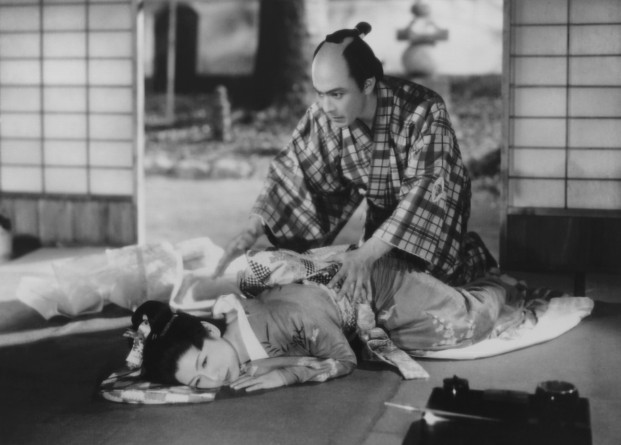 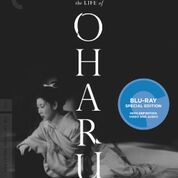 Kenji Mizoguchi, who together with Yasujiro Ozo and Akira Kurosawa was mainly responsible for the introduction of Japanese cinema in post-war Europe, has filmed Saikaku Ihara’s novel ”The Life of a Woman after Saikaku”. This poetic epic explores the tragic life of the 17th century heroine, whose life is destroyed by men.

Oharu (Tanaka) grows up as a handmaiden at the Imperial Palace in Kyoto, where she falls in love with Katsunosuke (Mifune), a Samurai who belongs to a lower cast. They are severely punished: Katsunosuke is beheaded, Oharu is sent back to her parents in disgrace. Her father Shinzaemon (Sugai), a rich merchant, loses prestige and clients, but soon compensates for it, selling his daughter to Lord Matsudaira (Konoe) as a concubine. Oharu is going to have his baby, since his wife is unable to have children after an illness. After the birth of her son, Oharu, is once again sent back to her parents since the Lord has fallen in love with her, and his wife is jealous. Her father, very much in debt, had counted on a fortune from the dishonourable Lord, but only gets a pittance. Against the will of his wife Tomo (Matsuura), he sells Oharu to work as a geisha. A client wants to “buy” her, but he turns out to be forger and Oharu has to return to her parents again. Soon they sell her again, this time to a rich merchant, whose wife has lost her hair after an illness. Sadly this is not the end for Oharu whose life goes on to be touched by tragedy yet Mizoguchi’s avoids melodrama in his delicate and utterly beguiling adaptation of the novel

Shot in soft black and white by DoP Yoshimi Hirano (Depth), Mizoguchi uses all shades of grey to compose a dreamlike environment where Oharu is literally sucked in: it is an emotional tour-de-force. Mizoguchi preferring – unlike Ozo, who was the master of the medium-shot – overhead shots, gives the spectator a birds-eye view of the proceedings. Oharu is a commodity for men: she is used as a pawn, in which ever game men play. Alone Katsunosuke is her equal in wanting an emotional relationship, not a trade-off. Tanaka gives a gracefully restrained performance, always using small gestures. Mizoguchi, had to leave Shochiku Studio after many years for Toho Productions to realise this very expensive project, which won him the International Prize at the Venice Film Festival. Even today its originality and deeply felt sensitivity is overwhelming – in the early 1950s it established Mizoguchi as one of the greatest directors worldwide. AS

AVAILABLE ON 24 APRIL VIA CRITERION UK