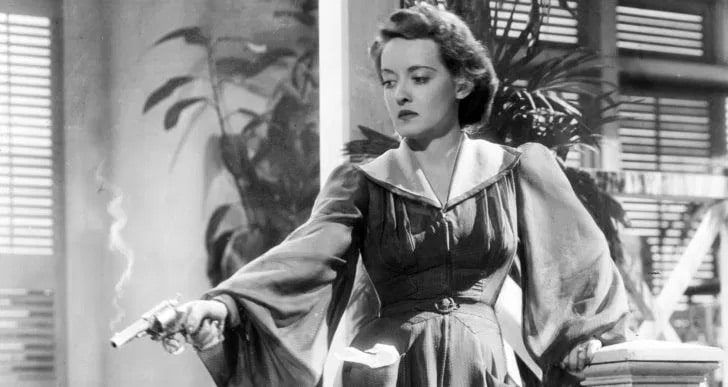 Geoffrey Hammond learns the hard way in this mesmerising classic Hollywood melodrama that you end a relationship with Bette Davis at your peril. Although Bette Davis and Herbert Marshall get top billing, the film is really held together by the late James Stephenson in an Oscar-nominated performance, while Gale Sondergaard is unforgettable as the vengeful “Mrs.Hammond” (who with her arched eyebrows and in her skin-tight qipao bears an eerie resemblance to the Martian Girl in Mars Attacks!).

Davis is the wife of a rubber plantation administrator who shoots a man to death claiming it was self-defence. But a letter in her own hand may prove her undoing.

William Wyler not surprisingly had wanted Gregg Toland, but veteran cameraman Tony Gaudio provides a more gothic look (aided by the immaculate production design of Jules Carl Weyl), and creates some vivid moonlit scenes, while Wyler occasionally achieves an interesting effect, akin to Toland’s depth of field, emphasising the intensity of the images by occasionally putting Stephensen in some of his scenes with Davis exaggeratedly out of focus either in the foreground or background.

It all goes a bit over the top towards the end in order to appease the Hays Office, and Max Steiner’s score is a bit – well – Steinerish at times, but his eerie main theme is yet another aspect of the film that will stay with you long afterwards. Richard Chatten