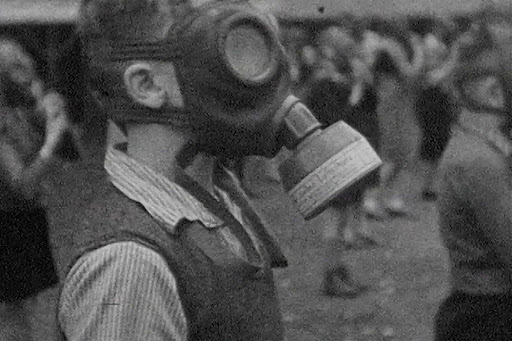 It is often said that those who don’t learn from the past are doomed to repeat it. At the age of 14 every school child in Germany is taught about the atrocities that occurred under Nazi rule. Filmmaker Elena Horn returns to her hometown in rural Germany to follow four of these children as they first learn about the Holocaust.

Five years in the making (2014-19), the film touches upon important social and political issues including the resurgence of the far-right, xenophobia, the fractured, disparate collective memory of National Socialism, and the surprising lack of intimate knowledge of the younger generations on the subject.

Screening at this year’s HUMAN RIGHTS WATCH FILM FESTIVAL the documentary opens as the camera pans over the summer countryside where a girl from a village in West Germany (where not much has changed since 1932) recalls talking to a tall, dark athletic American after an evening out with college friends. He turns to her and says: “your grandparents killed my grandparents” this was her first meeting with a Jewish guy and she was 21.

Screening during this year’s Human Rights Watch Film Festival, the documentary goes on to explore with archive footage and clips from the contemporary German classroom how despite the perceived exemplary educational system, new generations are growing indifferent to their nation’s dark past and unwilling to apply the lessons learned to the realities of today. Filmed against the backdrop of changing political scenery during five years of production, in Germany and across the world, the film subtly suggests the urgency and importance in tackling the uncomfortable modern reality of truths therein. MT

Elena Horn is a young German filmmaker who started her career as a media psychologist researching the framing effects in the news coverage of the Iraq War in the US, Britain, and Sweden. Today she is working as a story producer for ZDF, WDR, SKY and SPIEGEL TV Wissen. Elena’s films focus on questions around education, migration, working culture, love, and ethnic conflict, employing visual inspirations from the world of music and dance. As a director, Elena is a fellow of the Logan Non-Fiction Program in New York. Her short documentary Pizza, Democracy and the Little Prince, co-directed with Alessandro Leonardi, earned the “Best Short Documentary Award 2019” at the Sedona Film Festival. Currently Elena is working as a director for ARTE, a French-German culture channel.

ALL FILMS AVAILABLE TO SCREEN