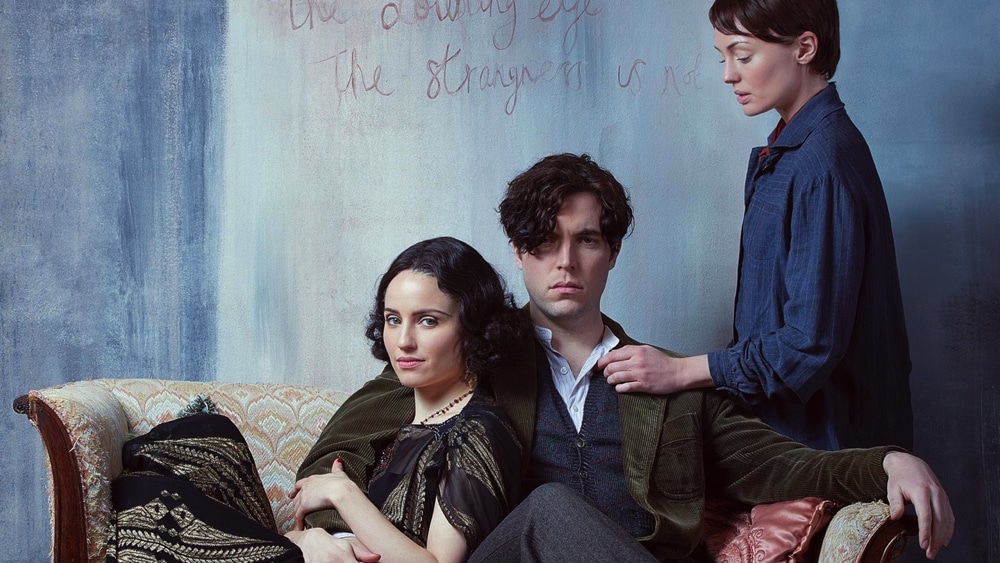 The focus is the late 1920s ménage-a-trois with his wife Nancy Nicholson and the American poet Laura Riding that gradually became a quartet when the Irish poet Geoffrey Phibbs joined the party. Graves was once of the most influential poets and writers of his generation, his WWI Memorial ‘Good-Bye to all That’ being a seminal text, yet with all that dramatic potential to mine, it does seem surprising that bedroom affairs and orgies take centre stage in The Laureate, Nunez portraying Graves as a straight man, rather neglecting his relationship with fellow poet Siegfried Sassoon who only has a cameo role.

Graves had several near-death experiences: as a boy he suffered from pneumonia and later, in the trenches, was left for dead returning shell-shocked from the front. His 1918 marriage to Nancy Nicholson, an early feminist resulted in four children but Graves was often plagued by writing-block due to his PTSD.

American poet Laura Riding visits the couple and their daughter Catherine (Watson) in a cottage in Oxfordshire where Riding at first seems more interested in Nancy than Graves. But soon, with Nancy’s open approval, Laura takes Robert to London’s Hammersmith where they indulge in some clumsily staged sex parties.

Laura, the archetypal destructive femme fatale, soon claims another male scalp: Irish poet Geoffrey Phibbs, a rather wooden performance by Fra Fee. But Phibbs is very taken with Nancy who has been left alone, renting a house boat on the Thames. Laura jumps out of a window when Phibbs fails to return her affections. Robert jumps after her. Both will survive and live together before separating in 1940. Phipps will divorce his artist wife and live with Nancy until 1934 in Oxfordshire, Nancy becoming a famous textile designer.

There is a great deal of name-dropping, with TS Elliot (Anholt) making a pass at Laura, promising to publish her writing if she goes to bed with him. Sassoon (Renouf) offers to help Graves with his writing block possibly for ulterior motives but then becomes miffed when Graves marries Nancy. Sassoon felt betrayed by Graves, believing their relationship should have meant more than the heterosexual relationship with Nancy.

In this sumptuously staged arthouse drama Nunez concentrates on salaciousness at the expense of the complex intellectual relationships between the writers: Riding continued to support Graves while he was writing “The White Goddess” (1948), even though their sexual relationship was over. Nunez also shamelessly re-constructs history: particularly where Graves’ daughter Catherine in concerned. And she only appears briefly to serve the narrative in showing Laura as an unfeeling mother who tries to trick the child into jumping out of the window, just to show her power. AS.