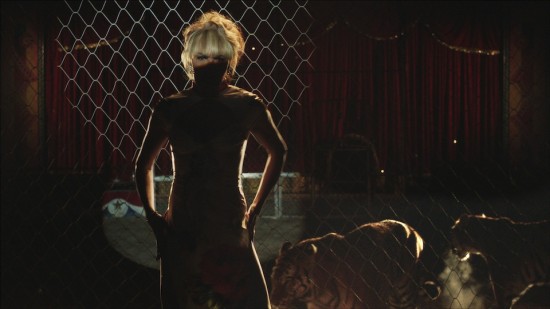 A bittersweet and wistful story with an experimental feel, set in the faded backwaters of Macao.  Through glimpses of its past as a devout Catholic Portuguese colony and now a gambling island (surpassing Las Vegas), a mysterious and seedy tale of love, regret and intrigue emerges as Guera de Mata returns to the place where he grew up 30 years previously.

Rodriques handles his material skillfully weaving lush visuals and atmospheric songs together to create a sensual cinematic experience.  There are echoes of Almodovar and Miguel Gomes to this noirish semi-autobiographical drama told through a fictional story of missed opportunity and paradise lost. His alter ego returns to rescue an elusive female friend Candy, haunted by an unsuitable and unsatisfactory lover through tropical, rain-washed streets and run-down rooftops. She pleads for his helps on recorded phone messages but the two keep missing each other despite desperate attempts to connect. The piece has an elegiac quality that haunts and beguiles in equal certain leaving us to wonder, can we ever return to the past? MT