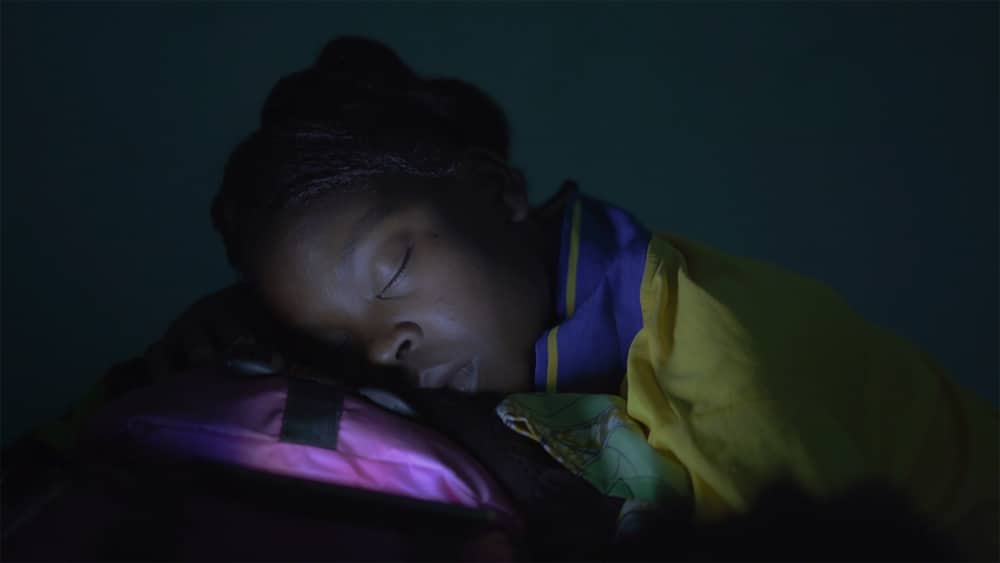 Malian director Ousmane Samassekou has filmed random travellers from all over North Africa in a transit home in Gao, near the Sahara Desert. Most have come a long way, the nearest from the Malian capital of Bamako which is 496 km away – and some as far away as Burkina Faso. Their common goal is Algeria, a stepping stepping stone away from France and Italy where there are magic money trees and streets of gold. The reality is migrant camps and years of misery.

The Caritas –  House of Migrants caters for mostly young people whose aim is to cross the desert, however reluctantly, to their families in Bamako or more far-flung destinations. Many of the girls and women have spent time in captivity and have been raped. Yet they travel on regardless, risking it all. One 16-year old girl talks about the usual teenage pipe dreams of becoming a celebrity, an actress or a boxing champion. Far from this reverie is the reality of road blocks, where they often robbed on the money to pay the people smugglers taking them over the border. They’d have been much safer staying at home with their families.

Esther doesn’t want to share details of her relative, ashamed that she has not made it to France, even though her family has given her money to support them from Europe. So her dreams are largely built on wild ideas from unrealistic parents who are simply living in the cloud cuckoo land of social media, and she is caught in an invidious trap. Another young woman had ended up in captivity, and only thanks to a benevolent older woman, has been released – but she still wants to try again to get to Europe from this Sahara’s hostile terrain and treacherous sandstorms.

Mariko, an older man, begs staff not to send him to Bamako where they will give him injections which make him sleep all the time. Another young woman was sold by the man who was supposed to be looking after her. Endless stories from Sahara crossings are told: “You die without warning. No matter why, they shoot us like chickens.” The staff warns them over and over again: “Your dreams and illusions make you feel clever, but you will not reach your destinations, it is better to have a job at home, than to dream of abroad.”

Made on a shoestring budget, The Last Shelter could do with a re-edit. But the rawness of the material lends itself to some structural inadequacies, a more polished version would only mask the terror these migrants have been through – and, worse, want to risk all over again. Their lives are so far removed from the dream of the places they want to reach – they think that wearing the logo teeshirt of a millionaire footballer from Barcelona and Arsenal – will transport them on a magic carpet to that lifestyle. They as well might try and reach Mars. AS