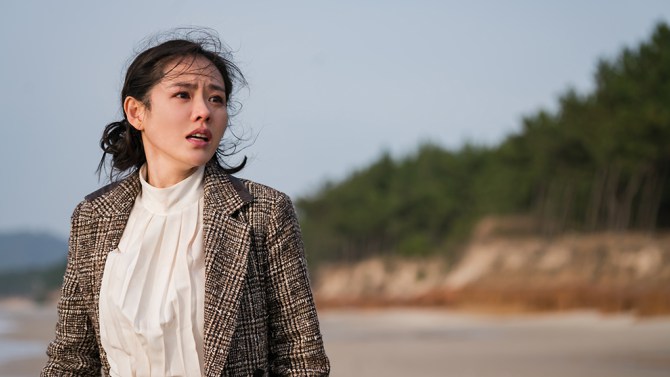 Hur Jin-ho gives full rein to romantic melodrama in his sumptuous retelling of the unhappy life in exile of Princess Yi Deok-hye, who was the last member of Korea’s Joseon Royal Dynasty. Based on Kwon Bi-young’s novel of the same title, it chronicles her life from a tiny child in the Changdeok palace in Seoul, until her capture by the Japanese authorities who transported her to Japan where she lived a cloistered existence until the last years of her life in her beloved country. Interwoven into the period narrative is a strand that takes place in 1960s Seoul that offers romantic and historical resonance to the central story that deals with the princess’s tragic life.

Son Ye-jin is leads with a performance of regal dignity tinged with discrete emotional interludes in this illuminating study that exposes not only the cruelty of the Japanese but also the treachery of the  Koreans who betrayed their own people by kowtowing to Japanese imperialism, many ending up in positions of power after the Japanese annexation ended in 1945.

This is a more sombre offering than Park Chan-wook’s recent drama The Handmaiden although it deals with another historical interlude in the history of the Korean occupation. Hur, Lee Han-eol, and Seo Yoo-min begin their narrative a decade into Japanese occupation with King Gojong (Baek Yun-sik) still acting as the leader of his country and doting on his youngest child Deok-hye. Her confidence in her father’s love instills an unshakeable self-belief in the little princess who is seen in floods of tears in a touching scene where he father is dies after drinking a poisoned persimmon cocktail.  Later she defies the Japanese authorities  by refusing to wear a kimono and asserting her authority with graceful detachment as an inspiration leader for her people, although in private she is miserable and desperate to return home. In Toyko she is reunited with Kim Jang-han (Park Hae-il), to whom she was betrothed in childhood, and who is now high up in the Imperial Japanese Army and working alongside Deok-hye’s nephew Prince Yi Woo (Go Soo) for the underground resistance movement. He hatches several plans to get her and her brother Crown Prince Yi Eun (Park Soo-young), to safety in Shanghai but the wicked Japanese Chief of Staff always manages to rumble them. This no-win stalemate for Deok-hye climaxes in a torrid night in a hut with Jang-han followed by a momentous meltdown on a white sandy beach where, once again, an escape plot is foiled by the arch-villian, arriving on the boat she thought would take her to freedom. Although the THE LAST PRINCESS is a well-crafted historical drama that feels like a Hollywood epic with its rousing orchestral score and grippingly eventful storyline. MT