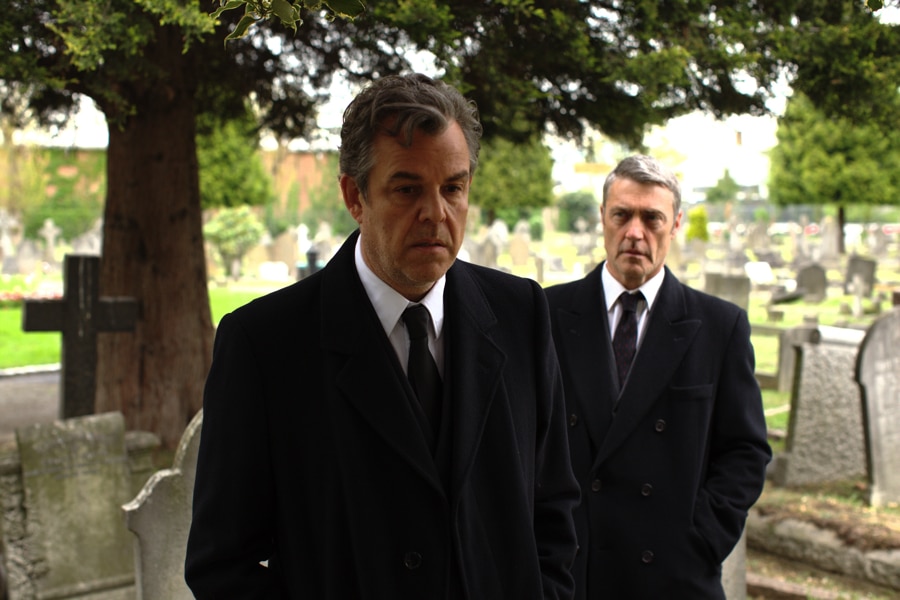 Danny Huston stars and directs for the first time in this slight but thoughtful paean to loss and longing set in a summery Chelsea in the run up to the Lockerbie air tragedy in 1988. Financed by the Rausings and photographed partly in monochrome partly in a washed out aesthetic by ace photographer Ed Rutherford it is based on the best-selling novel by Simon Astaire (who also wrote the script).

Dominating the cast with his star quality and allure Huston plays troubled and tousled-haired pater familias Tom Hammond who finds himself alone in a fusty old mews house, running a dilettante book shop and driving a vintage car (obviously not at the same time). Nobody quite knows what this Hollywood hard-hitter is doing in town with his teenage son Luke (Jonah Hauer-King) who is loved up in a long distance affair with New York based Stacy Martin – referred to as simply ‘the bird’. But the Rausings clearly wrote an open cheque for the project so money was no object although the result feels rather underpowered as we never really feel invested in Hammond’s character before we’re required to feel his pain.

What starts as an everyday story of disgruntled Londoners going about their business, suddenly branches out something more imaginative when Hammond’s life is blown apart by two random events, first his bag is stolen containing the titular photo, then his son gets caught up in the Lockerbie incident on his way to New York.

Clearly Huston had Nic Roeg and Terrence Malick in mind with his melange of dreamy slowmo sequences combined with archive footage and mournful reflections on the River Thames as Hammond mournfully reflects on the tragedy and its implications on a personal and universal level. And although the shifts in tone feel quite abrupt from the banal scenes as the film establishes its plot to the aftermath of the tragedy it doesn’t fall into the trap of easy answers or bogus love affairs, although Sarita Choudary’s character tries desperately to seduce Hammond at his lowest ebb after antagonising him in the opening scenes as his neighbour in the Chelsea Market. Stacy Martin is her usual vapid self as Luke’s girlfriend. Huston light up every scene with his charismatic presence but more about how he came to be this rather morose central character would have been welcome MT